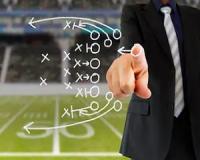 “What do I look at FIRST when analysing a soccer match?”

This is a common question I get, and I always give the same answer…

You need to look at the variables!

Once you know these variables, you'll have an indestructible game plan you can follow to make accurate predictions when you take a bet.

Let's get into them…
________________________________________
Imagine turning R5,000 into R9,412 in as little as 8 days
Now, imagine doing that 10 times a year... while at the same time putting a steady stream of double-digit profits in your pocket... gains like 29.93% in 32 days… 45.61% in 52 days... and 20.37% in 9 days.
You’re about to learn how you can book gains just like these… month in and month out… whether the markets are rising or falling.
________________________________________
Considering the variables…
I’m talking about the variables that make up the team performance data.
This data usually includes the following:
1. Goal differential
2. Shots on target
3. Possession
4. Home field advantage
5. Team roster
These are the variables that indicate how well a team has performed in a given match.
And become the foundation on which your research should be based on.
Here’s how you calculate them…
1)  The difference between goals won and goals lost
Goal differential is a simple calculation that determines the number of goals scored compared to the number of goals conceded.
Goal Differential (GD) = Goals for (GF) – Goals against (GA)
For example, looking at last year’s table:
Manchester City finished at the top of the table, scoring 95 goals and only conceding 23.
So goal differential for Manchester City is:
95 – 23 = +72
Meaning Manchester City scored 72 more goals than they conceded.
The importance of knowing the goal difference is to see if your team scores more goals than they let in. The more goals scored, is a good indicator of a strong team.
2)  What about goals scored that hit the crossbar first?
The definition of a shot on target “Is any shot attempt that would or does enter the goal if left unblocked”
A ball could hit the crossbar or post and either go into the goal or deflect outside of the goal, leaving two possibilities:
Now I don’t expect you to sit with a pen and a piece of paper and count every shot on target during the game. That’s a waste of time.
Instead, the betting community and statisticians out there have compiled them for you, and you can easily access this information from a number of websites.
But I recommend getting it right from the source: www.premierleague.com/stats
You’ll want a team with high shot on target percentage value. As the more shots on target, the more likely they are to score a goal, and as you know, goals win the game!
3)  Control of the game is everything!
Possession is an extremely important stat to consider.
The more time a team has possession of the ball, the more control of the game they have.
And often, the team with more possession time comes out victorious.
As with the above, you can find the stats to possession right from the source: www.premierleague.com/stats
Possession is everything!
The more your team has control of the ball, the more likely they are to place the ball in the back of the net. If your team can control where the game is going, they will surely be victorious.
4)  The benefits of a 12th Man
Playing at home can really help boost the home team’s chances of winning.
With the home team’s fans out numbering that of their opponents, the fans act as the 12th man on the pitch.
Just consider the English Premier League, 135 games were won playing at home, compared to the 92 wins at away games.
And according to the stats, a club which plays at home can get as much as a +0.74 goal advantage.
So, home field advantage is an obvious plus when considering a soccer match.
Home field advantage is a much underrated variable that a lot of people tend to overlook.
While it may not be the golden ticket, it is the one thing the players benefit from outside the norm of the game. No player can prepare for the overwhelming support the home fans give.
________________________________________
From the man who bought bitcoin for just $12…
“If you want to make a killing from cryptocurrencies – read this book as FAST as you bloody can!”
Anyone with a tiny stake to spare could reap thousands – even tens of thousands of rands – from this erupting financial market.
That’s why I’ll rush out your personal digital copy for just R100.
That’s it. For a limited time, R100 is all it costs to get your guide to the biggest wealth creation event in history…
CLAIM YOUR BOOK IMMEDIATELY
________________________________________
5)  The sum of the parts is crucial for a win
The team you’re about to place your money on is only as strong as its weakest link.
Therefore, you should always check and see who will be playing in the match before you place your bet.
You’ll want to make sure you look at the following before placing your bet:
• Injuries
• Are the key players playing?
• Who is on the bench?
• Possible line-up formation
Once you are happy all the best players are performing, then you can place your bet.
Putting it all together!
Now in a perfect world, if you could match up all five of these variables you would have a nearly perfect bet on your hands.
But if you can align at least 3 out of the 5 variables or 60%, then you have a strong chance of a winning bet.
Follow this simple game plan and you will start making accurate predictions time and time again.
Until next time,