Psst… Want to hear the secret to beating the bookies in the under/over market? 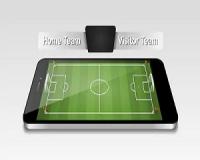 As a professional soccer bettor, I am always looking for others ways to make money than just betting on a win.

With soccer being such a low scoring game, a late equaliser can deny even the best judgements of a potential winning bet.

That's where the under/over goals market comes in.

And the best part is, I've compressed this little known secret into three simple steps that have consistently seen my members and myself win bets week after week.

As the above table highlights, major soccer leagues and competitions have predominantly averaged between 2.5 and 3 goals per game in recent years, although any given league or competition should be considered on an individual basis.
Secret step 2: Calculate the probabilities
The random nature of goal scoring enables statistics to follow a poisson distribution as a simple predictive model for Under/Over betting.
Here is a drafted table that calculates the probabilities of a team scoring none, one, two, three or four or more goals based on their average number of goals per game:

For a match where the home team has averaged 1.2 goals per game and the away side have averaged 0.8, it is easy to determine the probability for under 2.5 goals occurring by using the above table.
Firstly, determine the correct scores that will lead to a winning under 2.5 goals bet (0-0, 1-0, 0-1, 1-1, 2-0, and 0-2). You can then find the respective probabilities for each team from the above table and multiply them together to calculate the probability for each score line: Psst… Want to hear the secret to beating the bookies in the under/over market?
Rate this article
Note: 4.88 of 4 votes