South Africa gets downgraded and the Rand strengthens - what's going on? 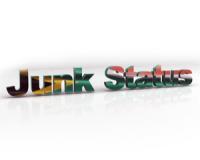 The problem according to S&P is that government in recent years have focused merely on the distribution of income, instead of trying to grow our income…
“As a consequence, South Africa’s economy has stagnated and external competitiveness has eroded. We expect that offsetting fiscal measures will be proposed in the forthcoming 2018 budget in February next year, but these may be insufficient to stabilize public finances in the near term, contrary to our previous expectations” S&P said.
The ironic thing is that since the downgrade, the rand has actually strengthened. This seems very counter intuitive. So what’s going on?
Francois recommends: Harness the power of other people's money and my secret 'recession strategy'... It's simple if you know how
What this junk status means
Local long-term bonds are government’s main way to raise finances for covering our budget shortfall.
In 2003 South African government debt stood at $11.6 billion. Today this figure has inflated to $63.9 billion. Or roughly R900 billion.
Considering government will spend around R60 billion more than it gets in through taxes this year – they’ll need to borrow considerably more just to keep afloat.
Now this is where the problem comes in.
If we need to borrow more, and our credit rating goes down, our borrowing costs will increase.
On 20 September, the South African 10-Year Bond had a yield of 8.405%. That means borrowing R100 billion would attract interest of R8.405 billion per year.
Today the bond yield sits at 9.225%. If you borrowed R100 billion interest on that will be R9.225 billion.
That means a mere 0.82% increase in interest required by investors on our long-term bonds could increase borrowing costs by nearly 10% a year.
Borrowing costs could receive a worse shock than this
South Africa was the first African country entered into the World Government Bond Index (WGBI). Many international funds only invest meaningful amounts into bonds on this index.
Now here’s the thing: The WGBI requires S&P and Moody’s to give a country investment grade credit ratings for it to be included in the index.
And, we’re halfway out with the S&P ratings downgrade now a fact. Moody’s have given South Africa a 90-day respite. It will look at our rating again in February 2018.
If Moody’s then decides to downgrade SA to junk we will be out of the WGBI.
Barclays Capital group treasurer Deon Raju said it was conservatively estimated that $5bn of capital outflows could happen when both S&P and Moody’s downgrades SA to junk.

The Rise of the Crypto Kings If you want to make your first million quid from the explosion of cryptocurrencies…
READ THIS BOOK FOR FREE – NOW.
Here’s how to get your copy.

Why would the rand strengthen when things look so dim?
The market clearly expected Moody’s to downgrade us, in addition to S&P.
So, the 90-day review period that Moody’s gave us comes as a ‘positive’.
It means that we’re still in the WGBI, as well as offering almost 1% higher yield on our bonds than we did two months ago.
That makes SA government bonds an attractive investment! Where else can you get 9.2% yield on your money – with a capital guarantee?
And as speculators bought SA government bonds – more cash flows into the country and the rand strengthens.
You see, it’s something called ‘carry trade’.
Simply put, investors borrow money (in the US for instance) at 2.5%, and then invest it in a SA Government 10 year bond at say 9.2%. And, as the SA government’s borrowing costs go up – so the demand for our bonds increases from speculators doing ‘carry trades’.
But this isn’t a linear relationship.
And full junk status from all credit ratings agencies will certainly affect the risk appetite of speculators – requiring a higher yield still on government debt.
When Brazil was ultimately downgraded to junk by all ratings agencies its government debt yield increased 2% in the following four months. Brazil’s borrowing rate hit 15% following the junk downgrade. If that happens in SA, considering our high debt levels we are in trouble.
So, what does this mean for SA investors (and the rand) now?
The market will react to what Moody’s will do.
If Moody’s ultimately downgrade us to junk there will be bond outflows. Borrowing costs will increase and the rand will weaken.
I believe the main signal Moody’s is looking at right now is political.
Moody’s wants to see the outcome of the ANC electoral conference.
A Ramaphosa win will be a sign of economic reforms – and SA will retain its investment grade rating. I expect the rand to strengthen on that news.
A Dlamini-Zuma win will be a sign of Jacob Zuma’s reign being ‘extended’ and we will most certainly be downgraded to junk on that basis. Expect the rand to weaken and borrowing costs to increase.
Here’s to unleashing real value

South Africa gets downgraded and the Rand strengthens - what's going on?
Rate this article
Note: 3.75 of 4 votes