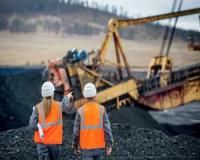 If Cyril Ramamphosa's recent announcement at Business Unity SA's second annual Business Economic Indaba is for real, you, me and every other investor and business owner could be thanking him!

After all analysts estimate Eskom has cost our economy R338 billion since 2007.

And while Eskom's power problems appear to have no end in sight, this announcement by Ramaphosa could greenlight a great opportunity to profit.

Here's how…
________________________________________
The man who bought bitcoin for just $12 says it's now time to BUY
“The COIN KING that could turn R500 into R110K!”
Anyone with a tiny stake to spare could reap thousands – even tens of thousands of rands – from this erupting financial market.
In my book I reveal the name of the crypto I believe could eclipse bitcoin and turn a R2,000 stake into as much as R400K.
That’s it. For a limited time, R100 is all it costs to get your guide to the biggest wealth creation event in history…
"The Bottomless Goldmine"
________________________________________
Don’t wait for the “green light” to jump in on this sector’s explosive profit potential
Speaking at Business Unity SA’s second annual Business Economic Indaba two weeks ago, the president announced he’ll soon be giving private power generation the green light.
When that happens, South African companies will be able to generate their own power and avoid supply disruptions.
Sounds great, right? That’s because it is!
It seems reasonable to assume companies which can adapt quickly and generate their own power will become more competitive in the South African economy. They’ll take market share and likely generate more profit than competitors.
Remember: Opportunity is born out of chaos.
If you want to profit from this move to self-generation, you need to act now while Eskom’s problems and general SA pessimism continue to drive share prices lower.
As the law changes this sector will react the fastest
The sector which is likely to generate its own electricity first is none other than the mining industry.
Roger Baxter, chief executive of the Minerals Council, recently went public with the news that mining companies are already standing by to build several new power plants within the next few years.
It’s estimated the generating capacity of the plants will range between 500 and 1 500 Megawatts. Interestingly, other reports stated as many as half of all this power will be generated from wind and solar energy.
Renewable energy technology prices are decreasing drastically – making it even more attractive for mining companies to follow this route. In fact, renewable energy technology will allow a mining company to save between 15% and 40% on its energy costs.
That’s a huge saving! And one that will flow directly into a miner’s bottom line and a savvy investor’s pocket.
This is great news – and not just for “green” investors looking to make the world a better place.
________________________________________
Your Secret Roadmap to Retiring in Modern-Day
South Africa
Let’s face it… the world is changing all the time.
This is especially true when it comes to business and finance.
And after 10 years in the trenches, I can say with absolute certainty…
You DON’T want to be on the sidelines when a new and great secret to building your income and wealth emerges.
That’s why, In The Little Book of BIG Income – Ten Filthy Secrets to get Rich Quick, you'll learn this secret.
________________________________________
The three companies I believe will profit most from this trend
Not all miners or companies are created equal.
With over 60 miners (and mining-related companies) currently listed on the JSE, it can be overwhelming to determine which stock to choose.
So, where should you invest?
Well, if you’ve been in the market a long time, you’ll probably scoff when I list my three favourite picks. After all, they haven’t provided much joy for investors over the previous decade.
Nevertheless, they’re all traditional stalwarts of the JSE and are currently trading at exceptionally low prices. I also believe they’ll be among the first to take advantage of the change in legislation leaving their shareholders greatly satisfied.
I’m talking about:
• Kumba Iron Ore (around R375.00 per share)
• Exxaro (around R130.00 per share)
• And Sasol (not technically a miner but around R250.00 per share it looks great!)
Now buying local shares is certainly not flavour of the month. Most of our clients have been using our services to shift buckets of funds offshore.
But today, instead of following the crowd I’m suggesting these contrarian picks, looking at cheap undervalued companies, with long track records and a potential catalyst to propel their share prices higher.
If you’re interested (and brave enough) to dip a toe back into the frigid South African investment waters, you’re welcome to contact me on support@randswiss.com.
Our firm Rand Swiss is currently ranked the #1 Stockbroker in South Africa, the Best Advice Broker and holds the People’s Choice Award as voted by clients. If you’re ready to get started, we can get you set up quickly and easily with a JSE trading account.
Werner Fourie,
Rand Swiss, Wealth Manager
Interested?: The secret strategy long-term investors use to keep R400,000 out of SARS pocket and in their hands.
Tags: werner fourie, cyril ramamphosa, business unity sa,