The beginning of the bitcoin price surge 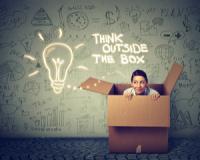 Have you seen a bitcoin price chart lately?
Well, if you haven't, something incredible has happened over the last seven days.
Just take a look at the chart below…

The chart shows you the bitcoin price in rands. In just seven days’, the price has increased over R16,700! In dollars, bitcoin shot up from $6,155 to $7,367 as I write this. And other cryptocurrencies have followed. But why? Well, it all started around a week ago…


Your ebook is on hold…

Sam Volkering has literally written the book on bitcoin, ether, and other cryptocurrencies.

It’s destined to become the go-to ‘manual’ for any South African investor who wants to understand the crypto sector.

That makes it a must-read book.

Your digital copy is on hold.

This special online briefing explains how you can download your copy immediately.

The entire crypto network exploded in 2017. Climbing from a niche investing sub-niche and into the record books with a 4,000% growth spurt in just 12 months.

And although most digital currencies have since pulled back…it’s still not too late to make your fortune from cryptos!

As Sam will show you here, this year could see the crypto market balloon from a multi-billion-dollar market…

And into a multi-TRILLION-dollar market starting over the next few years. When this thing really gets going, there’s no telling how big it will become, or how great the opportunities will be.

So, don’t waste another minute.

Click here to grab your copy of Crypto Revolution NOW.


“The hedge fund king” invested in cryptos
On 13 July, it was revealed that multi-billionaire hedge fund manager Stephen Cohen has entered into the crypto market.

Once dubbed the “the hedge fund king”, Cohen is investing in a cryptocurrency-focused hedge fund, Autonomous Partners.

Autonomous Partners is also backed by other well-known entities, including Coinbase’s CEO and the co-founder of Union Square Ventures, and Craft Ventures.

How much Stephen Cohen has invested isn’t really known at this point. Despite this, the news sent bitcoin higher.

And this was just the tip of the iceberg…

Readers are poised for yet more double-digit wins in the weeks and months ahead.

You now have a chance to join in. Just click here to learn more.

Did you miss ANOTHER triple-digit gain this last month?

Those canny Pickpocket Traders didn’t - this time a 106% gain from an AUD/USD trade.

And this isn’t a one-off lucky strike. Since the beginning of this year, Trader X and his followers have banked gains of 101% from Gold... 61% from Copper and 92% from the US500!

On 16 July, the 10th largest investment firm in the world - BlackRock which controls around $6.3 trillion worth of funds - has formed a team to look into how the world’s largest asset manager can take advantage of the cryptocurrency market and blockchain.

As soon as this news broke, investment website, Investopedia commented that Blackrock’s interest in cryptos “could set off a bull run”.

Interestingly, the CEO of Blackrock, Larry Fink previously described cryptocurrencies as speculative investments and an asset for criminals and those interested in money laundering.

But when people heard he changed his mind, Bitcoin jumped over 5.5%.

So why is this huge news for the crypto market?

Well, considering BlackRock is one of the largest asset management firms in the world, their interest might inspire other institutional investors to become interested in the digital currency space as well.

Even if other similar firms don't follow in their footsteps, this alone could send the price of many digital currencies higher and inspire renewed confidence in the crypto markets.

The thing is, if a major firm like BlackRock believes there is real potential in the space, why shouldn't other major asset managers as well.


More billionaires join the crypto revolution – so should you
Then on 19 July, another billionaire investor made bullish comments on bitcoin.

This time, Marc Lasry, the co-founder, chairman and CEO of Avenue Capital Group, an investment firm with $9.6 billion in assets under management, has invested 1% of his personal wealth in bitcoin.

Like I said last week, every week, cryptos are making headlines. And for good reasons.

If you’re a crypto investor, you should be excited each day, cryptos are becoming more mainstream. I know I am, because the more popular cryptos get, the more investors will pile into them – sending the prices soaring.

Well, looking at the signs I believe we’re nearly at this point. The only thing you have to do to take advantage is own some cryptos.
***********************
Tags: cryptocurrency, bitcoin, crypto. blockchain

The beginning of the bitcoin price surge
Rate this article
Note: 3.67 of 6 votes