The Butterfly Effect may blow up Africa 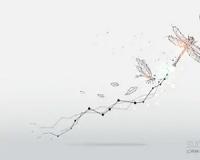 You may have heard of the Butterfly Effect.

Chaos theory predicts it is possible for the flap of a butterfly's wing in China to cause a hurricane in the US. Though this sounds like fantasy, we may actually be witnessing one of the greatest “butterfly effects” in history.

A little while ago, likely in 2019, a single virus particle made a jump from bats to humans. In terms of scale, this event is roughly a billion, billion times smaller than the flap of a butterfly's wing. Yet the impact on the world is already larger than any hurricane in history… and is still increasing.

Though it is impossible to see the eventual outcome of this virus, I have spotted one danger I believe many are currently underestimating.
________________________________________
Urgent: What’s the catalyst driving a resurgent bitcoin – it’s all linked to the event happening in May?
________________________________________
It all has to do with Oil
As I am sure you know oil prices have collapsed recently. In the US, for the briefest of moments, you could buy oil at negative prices.
Many investors tried to wrap their heads around this concept while also trying to profit from it. However, the impact of the collapse will be felt well beyond oil markets.
Many of the world’s most volatile countries depend on oil to maintain their economies. Though they may be able to handle normal fluctuations in the price, it is extremely unlikely that they were prepared for the scale of the recent crash.
We can see a number of times in the past where falling oil prices have destabilised oil exporting countries. Low oil prices in the 1980s resulted in a decade long civil war in Algeria that claimed 150 000 lives.
In the 1990s lower oil prices allowed Hugo Chavez to rise to power in Venezuela. It can even be argued that lower oil prices aided the collapse of the Soviet Union when falling revenue destroyed Gorbachev’s reform efforts.
At the moment the two countries I am most concerned about are Nigeria (Population: 200 million) and Angola (Population: 32 million).
Both get two thirds of their government budgets from oil and about 90% of their export earnings. Given that both these economies were probably already heading into a recession due to the pandemic, if one (or both) of these countries turns into a failed state, South Africa will not escape the fallout.
Angola is virtually next door to South Africa and we are likely to see a massive inflow of refugees, similar to what happened when Zimbabwe collapsed, just with twice as many people. Nigeria is further away, but is also much larger. If they collapse the impact would likely be felt around the world.
Given the weak local economy, we are ill prepared to handle the impact.
________________________________________
Recommended
Since the coronavirus outbreak these gains from global financial markets have been pouring in...51.57%... 323.00%... 15.80%... 44.10%...114.29% most in a matter of days! Here’s how to give your portfolio the hedge fund advantage…
________________________________________
If these African states fail, they could take SA down with it! Here’s what to do to protect yourself
At the very least look to reduce exposure to companies that are exposed to these countries.  Shoprite and MTN are good examples.
The best option would be to shift towards safe havens or even areas which will benefit from lower oil prices. The US is an example of a safer market, even though it is an oil producer, however China would likely be a net beneficiary of lower oil prices as they are dependent on imports.
Compared to western markets, capturing the theme of Chinese growth is more difficult for retail investors. Under current regulations direct investment into China is tricky. It’s far simpler to gain exposure via Hang Seng listed stocks via an offshore brokerage account. Here you should be investing via a Hong Kong dollar cash balance.
If you’d prefer to stick a few Chinese stocks in your US dollar portfolio many companies like Tencent, Ali Baba and China Mobile are also listed in the US under the American Depository Receipts (ADR) program. This allows you to buy them in US dollars with US regulatory protection.
However, one of the most popular ways for retail investors to access the Chinese growth theme is via an ETF called the iShares China Large-Cap ETF or FXI. This product is slightly more expensive with a Total Expense Ratio (TER) of 0.74% per year but it does a good job of tracking Chinese large caps.
One issue with FXI however, is that Tencent is the largest holding in this ETF. It currently makes up about 10% of the total exposure. For South African investors, this will likely create a lot of duplication as most local trackers and retirement portfolios have a significant weighting in either Prosus or Naspers. And both vehicles give you significant exposure to Tencent.
That’s why my favourite way of accessing Chinese markets is actually just invest directly into a basket portfolio with our trading desk. They’ve created a simple equally weighted basket of Chinese shares (excluding Tencent) which you can buy directly into a local stock portfolio. It’s a single transaction and will only cost you a 0.5% annual management fee versus the 0.74% charged via the ETF. Plus, no Tencent to worry about.
To find out more you can email the desk on support@randswiss.com. Just include the code CHINA10 in the subject of the email and they’ll get you set up with the right account as well as apply the regular Money Morning subscriber discount.
Viv Govender,
Rand Swiss, Wealth Manager
Tags: viv govender, fxi, ishares china large-cap etf, oil, etf, angola, nigeria, china, chinese shares

The Butterfly Effect may blow up Africa
Rate this article
Note: 3.5 of 8 votes