They don't have a clue what they're telling you… 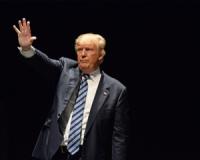 “Trump will be great for business”

“Trump will make you, and me, richer”

“15 industries that will be affected by a Trump presidency”

It's the buzz word right now.

Everyday there's a new article on Moneyweb, News24 and Bloomberg telling us how Trump will affect business, the stock market and even the world.

They're telling you this, without a clue of what will happen. These are opinions, conjecture and very often simply just bad ideas.

The fact of the matter is, Trump isn’t president yet. No one knows what he will do.
He’s already backtracking on promises of building the “Wall” on the Mexican border.
The ban on Muslim travel just won’t happen.
Sure, he’s promising to make America’s energy sector great again. He wants to remove subsidies to solar energy companies and help coal miners.
But who’s to say he will do it?
In fact, there’s a bigger case that a US president isn’t very powerful at all…

The US president can’t do all that much without the senate’s approval. So no matter what Trump’s policies are, they will have to be approved by the majority of elected officials in government.
The American president cannot:
In short – what the president can do, on his own and without the support of the senate is actually very little.
A complete backtrack from green energy is unlikely, a total shift back to coal is even less likely.


But even considering the limits of Trump’s power, you need to realise – nobody actually knows what he will do. At this stage it looks like many of his policy promises will be completely unmet. He may even end up merely pushing forward the same policies that are already in place, or being blocked by the senate on any ‘radical’ policy changes.
You cannot make investment decisions based on what I, your next door neighbour or a political analyst (and they were all mostly wrong about the election outcome anyway!) say about Trump.
You need to consider the fundamental drivers of a business. What will increase profits, and what the debt levels of these companies are.
Picking a fundamentally strong business shields you – no matter what policies are implemented and what the economy does.
Here’s to unleashing real value

They don't have a clue what they're telling you…
Rate this article
Note: 5 of 1 vote