This could spark Bitcoin's breakthrough as a mainstream currency 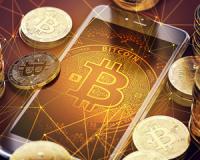 Forget about the much-anticipated Bitcoin ETF.

Forget about the “big win for bitcoin” I mentioned last week.

You see, there's even bigger news that could be a game-changer for bitcoin and cryptos.

In short, Bitcoin could be on the verge of breaking through as a mainstream currency.

And it's all thanks to a start-up company that's soon to be launched by one of the most powerful players on Wall Street, with backing from some of America's leading companies.

If anything is going to kick-start crypto markets, it's this…

This could spark Bitcoin's breakthrough as a mainstream currency
Rate this article
Note: 4.4 of 5 votes