Today's prediction is going to astound you 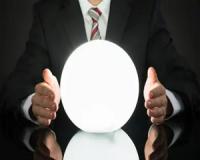 Unless you live under a rock, you'll know global markets have fallen dramatically over the last few days. Many major indices are now in bear market territory, having fallen more than 20% from highs. Some sectors, like energy, have fallen even further.

It's total carnage out there!

But, if you're a regular reader, you can't say we didn't warn you about this…
Firstly, as many of my readers know, I've been anticipating this fall for a while. Although obviously I had no idea the collapse would be caused by a deadly virus. As such, over the last two years, I've focussed my investment recommendations almost exclusively on products with capital protection.

Secondly, on 20 February 2020, as news of widespread Chinese quarantines filtered through, my colleague Christo Krog published this article (Insert link to 20th Feb Article) begging people to hedge their portfolios!

Incidentally this was also the exact day the S&P500 made its final all-time-high before the collapsing. So now, for those that followed our ideas, you can take comfort in the fact that your capital is secure.
Once you feel we’ve hit the bottom, you could liquidate some of those positions and buy the market at a massive discount.
But, for those who are still more exposed to the market, the situation is obviously more troubling. The critical question to answer is whether you should sell now to avoid more pain or hold on hoping for a recovery.
In order to answer this question, we need to examine what caused the fall and what we can anticipate going forward. In other words, it’s time for us all to become amateur virologists.
Let’s get the facts straight
The Coronavirus or SARS-CoV-2 emerged in China at the end of 2019 and spread rapidly through the country.
The Chinese authorities were slow to recognise the dangers. They even arrested doctors who tried to warn people about the danger. However, once they realised how bad it was, they implemented the greatest quarantine effort in human history.
At its peak, over 750 million people faced restrictions on their travel. For some perspective the entire population of Europe is 741 million.
The restrictions worked in China. They now seem to have things under control. Unfortunately, the virus has spread internationally. Infections are now rising in dozens of countries around the globe.
Initially I believed no other country had both the means and the will to implement the kind of measures China used to defeat the virus. So, I was surprised to find Italy was prepared to restrict the free movement of 16 million citizens and ultimately completely shut its borders.
I was even more surprised last night when Donald Trump suspended all travel to the US from Europe!
Perhaps it will be possible to prevent what looked like inevitable widespread infections through quarantine and travel restrictions.
Another possible hope is that the virus doesn’t like warmer weather. If this is true it means Africa, South America and South Asia could escape the worst of the disease. And, with the Northern Hemisphere just entering springtime we might see some relief.
However, this assumption is currently unproven, and I wouldn’t get too optimistic just yet.
________________________________________
The last 4 days have been crazy for our trades!
DAIMLER: Daimler hit its stop loss on Monday and we made a loss of -76.58% on it.
MERCK: Merck hit its adjusted stop loss on Tuesday for a final gain of 15.80%.
US500: We opened this one on Tuesday and on Wednesday it reached its take profit for a massive gain of 323.00%!
BRENT: locked in a profit of 51.57%. It got hit yesterday and it is now a closed trade.
To find out how Trader X can help you trade the global markets for potential large profits, click here.
________________________________________
Time for my big prediction...
My baseline assumption is the virus is going to spread around the world at an exponential rate. Millions will become infected. It will probably peak in the second half of the year. You will likely know personally people who die from this disease. But, looking through the noise, in a couple years, we will have it under control and be left only with the bad memories of a more troubled time.
Thus, if you're a longer-term investor, holding on at this stage is probably the wisest option. But for shorter-term traders, we could see markets under pressure for a while longer. So how do you play this?
Today’s pick is going to astound you.
Every single bit of conventional wisdom says that gold is the place to be in a market crash. I’m telling you that’s not going to work this time around. I’ve been watching the gold market for years and there has been a distinct shift as Asia becomes a more and more important player. Gold is now more related to rising GDP-per-capita and personal household income in India than it is to Western speculators.
I believe, this time around, when people really panic, the gold market is going to fall just like any other commodity.
You can also forget the bitcoin madness and all the speculative nonsense.
Instead, my short-term call is cash. Cold hard cash. US dollars are best. You might disagree. You might say going into a fiat currency won’t work, but time will tell on this one.
I believe paper, backed by the military might of the US government, is going to be your only true safe-haven in the months to come.
If you’re interested in a more in-depth discussion on the Coronavirus and its potential impact, we’re hosting an “Emergency Seminar” at Johannesburg Stock Exchange tonight Thursday, 12 March 2020.
The event is free and you can register here.
Viv Govender,
Rand Swiss, Wealth Manager
Tags: viv govender, prediction, corona virus, s&p500, gold,

Today's prediction is going to astound you
Rate this article
Note: 3.1 of 5 votes