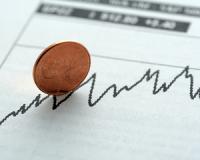 Find all the details right here
..........................................................................
Let your money do the work
Why do we invest in stocks?
To make money, of course.
And that’s exactly what the stock market is here to do. Think of it as a tool. It’s here to help you generate huge returns so you can do more of the things you enjoy.
But instead of waiting decades to become financially free, why not try and speed up the process with small-caps?
In Day 1, we saw the huge potential of investing in small-caps. If you pick the right ones, you could potentially make 10-times your money.
But if they’re so lucrative, why doesn’t everyone invest in them?
Big money can’t touch them
Truth is, these lucrative investments aren’t for everyone.
Big institutional investors, for example, usually don’t venture into the small end of town. It’s not that they don’t want to.
Just like you and me, these big money managers are trying to get the best return on their money.
But because of their size — many of these money managers have hundreds of millions to put to work — they simply can’t invest in smaller stocks.
Consider Bauba Platinum [JSE:BAU].
Bauba is exploring for platinum and in the process discovered a very lucrative chrome mine which it is now exploiting. The company is worth R246 million.
In the last 30 trading days, around 1,215,153 Bauba shares changed hands.
At the same time, investors bought and sold R756,625 worth of Bauba shares.
Now R756,625 might be a lot of money if you received it immediately.
But realistically, you probably wouldn’t be able to buy or sell a quarter of that without drastically affecting Bauba’s share price.
Take a look at the following chart.
It shows the actual buy and sell orders on Bauba on a weekly basis for May 2018. As you can see, most of the orders fall below 200,000 shares per week.
Now, say a large institutional investor wanted to buy R5 million worth of Bauba (not an uncommon size) for a fund managing billions. That means they’d be buying more than 7.6 million shares.
That means on average they’d be buying 30 to 40 times the weekly average sales of shares in this company. It would wipe out all the sellers and push the share price through the roof.
And that’s just if a fund manager wants to get into the stock.
They’ll have a far worse time trying to get out.
I’ll let you in on a little secret. A winning strategy is to buy low and sell high.
But when institutional investors venture into small-caps, they cannot help but push prices too high when buying and push prices too low when selling.
For many large money managers, avoiding small-caps altogether is a far better option. They’re simply not worth the effort.
This is just one reason why small-cap investing could be perfect for you.
Untouched gems waiting just for you
Take a guess how many people follow BHP Billiton Ltd [JSE:BIL]?
Yeah, I have no idea either. But you can bet it’s a lot.
Almost all large institutional investors in South Africa follow BHP. In fact, I’d be willing to bet that most fund managers around the world actually follow BHP…
With so many people following BHP, it’s arguably a very efficient stock. Meaning, it trades for roughly what it’s worth.
In the small-cap space, things are slightly different.
While there are a lot of individual investors looking at small-caps, most of the large institutions don’t give them the time of day.
As I explained above, small-caps, although highly profitable, aren’t a viable investment for many expert money managers.
Fewer experts in the space means there are far more mispriced opportunities.
You could end up finding a small-cap stock could be trading at half or even a quarter of its real worth.
It’s these opportunities we want to find as small-cap investors.
Could Wescoal [JSE: WSL] be one?
Wescoal, itself a small cap, acquired an entire other small cap mining company. It then introduced efficiencies, sharing head office costs, cutting down on management and doing bulk purchasing of equipment and consumables. Together with the extra sales, the company managed to increase profits by more than 300% in year one!
But most investors weren’t even aware of the R400 million mining company, buying another R400 million mining company.
That’s why in the first quarter of 2018, the stock didn’t do all that much.
It wasn’t until May 2018 that investors caught on to Wescoal’s potential, causing the stock to soar from 160 cents to over R2.20 in a single month!
Investors that got in during April could’ve made nearly 40% on their money in a single month.
And the upside potential remaining is significant.
I’m not going to say these kinds of returns are lying around all over the place. But you could potentially pick up small-caps that could double, triple or even quintuple your money in months.
Of course, you have to know where to look. Don’t worry, I’ll show you that too before your Penny Stock Profits course is over.
But it should be clear that small-caps are an individual investor’s game.
You could potentially turn a small investment into a fortune. The big money is excluded from playing. All you need to do is find the gems in the market.
Why you should love volatility
It’s no secret that small-cap stocks are far more volatile than blue chips.
Even if you go on averages, a group of small-caps tend to outperform a group of blue chips.
Investing in small caps rather than the JSE All Share Index would have worked out pretty well in the long-run. The total or cumulative returns from 2008 - 2017 were 186%!
Over the same time the JSE All Share only climbed 129%.
Buying small stocks, on average, outperformed buying Blue Chips by more than 57%.
Of course, there was far more volatility in getting to that outperformance. But at the end, it was clearly worth it.
You would have turned a few thousands into hundreds of thousands.
In the small end of the market it’s you, the individual investor, who has the advantages. All you need to know is what to look for (which I’ll cover in the days ahead).
Once you can do that, you’re on your way to riches!
That’s it for Day 2 of your Penny Stock Profits email course. Keep your eye on your inbox for Day 3, where I’ll discuss how to approach small-cap investing, what you need to look for and how to avoid pitfalls.
Speak soon.
Cheers,