We won the world cup, We have a new queen of the JSE And soon we will be at new highs before year-end 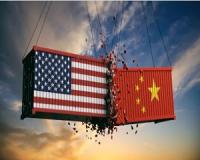 I'm sure you're feeling it this week.

The surge of optimism flowing through our veins.

Second, the most popular South African Facebook group, #ImStaying, has grown to over 862,000 proud members.

Third Moody's decided not to downgrade South Africa to Junk.

But the fourth one, is one I am embracing the most.

Today, I'm going to show you why I still expect the JSE All Share Index to make a new high for 2019 and how we can profit from the ‘pride'.
________________________________________
Ever wanted to trade FX?
Now you can with this simple and unique software package, which includes…
Your user guide, videos, THREE live webinars and more!
No number crunching, no headaches... just obey the arrows!
Don’t put it off any longer, find out more right here.
________________________________________
We welcome our new queen of the JSE
In case you didn’t know.
Former CEO of the JSE, Nicky Newton-King, decided to retire after eight years at the helm to take a well-deserved break to spend time with her family.
The JSE then announced that, executive director of the JSE, Leila Fourie would be taking over as the new CEO.
Her position has already made a massive impact on the JSE, as she plans to restore trust in SAs markets.
To start, the JSE is changing the listing requirements for both primary and secondary listings. This will be done to protect the investors by helping with corporate governance, improve the integrity of financial information and enhance disclosures.
Most of the changes will take effect on, 2 December 2019.
And just to show how serious they are, on Friday the JSE suspended IT company 4Sight over the failure to submit financial reports in time.
It then threatened to suspend several other companies for the same reason, which they have until the end of November, including:
• Ecsponent (Financial services group)
• Accentuate (Chemical manufacturing)
• Tiso Black Star Group (Media company)
• All Joy Foods
• Komati Basin Authority
The notice confirmed:
"If the above issuers still fail to submit their financial information by 30 November 2019, the issuers programme and the listing of its securities may be suspended,"
How has the JSE reacted to all of these developments?
With investors and traders feeling more confident and optimistic about the JSE, we can see the market pricing in with positivity.
In fact, we have seen the JSE All Share Top 40 index rally over 8.13% from 48,089 up to 52,000 since Leila Fourie stepped in.
South Africa thanks Moody’s for not downgrading us to junk
Just to put it into perspective, South Africa is already rated as ‘junk’ by S&P Global Ratings and Fitch Ratings.
And once again, on Friday, South Africa dodged the Junk Rating status by Moody’s.
This means, Moody’s kept SA foreign and local currency reading at Baaa3, the last investment-grade credit rating.
Once the ratings were released, we saw the rand, the JSE rally and the government bonds gained the most in 20 months.
We are not sure what will happen in the near future, as Moody’s may decide to downgrade us, but let’s take the win in our stride for now and use it.
UPDATE: Trump and Xi Jinping enter into a mutual compromise
According to China’s foreign ministry, on Monday, President Xi Jinping and President Trump said they are expected to sign a partial deal in November.
They said that the US may cut back on some of the tariffs on Chinese goods, in the hopes for a minimum of $20bn worth of farm purchases.
If all goes well, this number could pick up to $40bn to $50bn US dollars.
With China and US entering some form of compromising stage of their relationship, we saw US markets as well as the JSE in positive territory as Asian markets reacted on a positive note.
Simona Gambrani at Capital Economics, wrote in a note to clients
“Optimism about a trade deal between the US and China has
given a lift to global equities,”
________________________________________
Five Takeover Stocks set to disrupt the JSE
These five stocks are pioneers in a disruptive step change in the JSE that’s going to unfold over the next 12 months.
And owning a portfolio of the right Big Five disruptors now could be one of the smartest investment speculations you ever make.
Find out why here.
________________________________________
The JSE has broken out of its 6-month downtrend!

Timon Rossolimos,
Analyst, Pick Pocket Trader
P.S: With the JSE picking up steam, I believe we can end the year with another three to four trades just like these.
It’s not too late to join me as my next SMS is just a day or two away.
P.P.S. My colleague Francois Joubert has also earmarked 5 local companies primed for takeover and savvy investors who get in now could profit big!  You can get the details here.
Tags: timon rossolimos, rugby world cup, jse, trump, xi jinping,

We won the world cup, We have a new queen of the JSE And soon we will be at new highs before year-end
Rate this article
Note: 5 of 1 vote