"What the heck happened to Aspen and where is it going?" 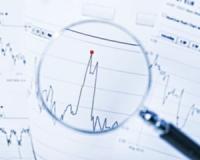 A troubled shareholder was running next to me on the treadmill at the gym yesterday.

He looked around 55 years of age and he was gunning it (running fast).

While I was enjoying my brisk walk, I could see something was troubling him.
At first I said "slow down speed racer you're making me look like a lazy trainer." As he caught his breath, he told me how he invested in Aspen and two weeks ago and how he lost 50% of his portfolio.
He then asked the question which I was dreading to answer,
"What the heck happened to Aspen and where the heck is it going?"
I told him my thoughts on the matter and then left him while he decided to run even faster, than before I met him, due to disbelief.
Here's what I told him.
Recommended:
________________________________________
The very next SMS you receive could make you R1,558!
550 people ALREADY have my number in their address book - and since I started SMSing them, they've made thousands in profit  in the last few weeks alone.
Now it's YOUR turn to see how much you could make!
Best of all, you don't need ANY previous experience, hard work or special equipment aside from a stick-standard cell phone.
Just add me to your contacts today - and you could be collecting your first pay outs by the end of the week.
________________________________________
Aspen is still not looking good
Two weeks ago, Aspen announced that their sales rose 1% to R19.7 billion. However, their headline earnings per share dropped 9% to R3.6 billion, for the past six months.
And their revenue for manufacturing fell 10%, after it lost a large tender in China.
It was reported that Aspen's total debt had increased to R53.5 billion.
There are two major issues with this. First, their debt is more than its market value.  And second, most of the debt is in other major currencies like the euro. And with the ever weakening rand, you can only expect the debt to increase.
On top of that, Aspen battled to supply Heparin (blood thinner) to the international market.
With slowing sales, high debt, lower production and with a failure to launch a product in the U.S, all of these factors caused panic with the investors and shareholders of the company.
We saw Aspen crash over 1/3 of the share price down to R109.00, in just a few hours, wiping out over R19 billion of its market cap. This brought the company to a market cap of less than R46 billion rand.
Itchy fingers are making investors buy into Aspen
Now investors are considering Aspen as a cheap and non brainer stock to buy at these levels. This is dangerous to do, as there are no positive prospects for buyers to get in and invest their money in this company just yet.
I believe Aspen has not reached the bottom yet. The factors above have confirmed with not only my fundamental analysis but also with my charting analysis that is still showing huge downside to come.
Recommended:
________________________________________
Why the 2019 Super Rugby could be your ticket to win big!
Learn the simple secret of taking the gamble out of gambling
Join one small, elite group of bettors will be pocketing windfalls of R1,006... R1,180.. even R1,450...  from EVERY match...
________________________________________
Why I expect Aspen to drop another 50% from here If you look at the weekly chart, you'll see that Aspen, since September 2015, has been forming a bearish pattern called a descending triangle (pink lines).
This is a breakout pattern where the price makes lower highs (diagonal pink line) and bounces on the same low (horizontal pink line).
Now that the price has broken below the bottom of the triangle (R249.00) we can expect the price to drop even more as selling momentum and panic picks up.
Here are the specifics and the calculation for the next target.
Top of the triangle = R444
Bottom of the triangle = R249
Target 1= (Bottom - (Top - bottom)
= [R249 - (R444 - R249)]
= (R249 - (R195))
= R54
We can still expect the price to drop down to R54, before we even consider buying this ‘not so giant’ pharmaceutical company.
Until then I would either stay put and protect my money. Or you can look to short (sell) Aspen and profit from its potential downside. If you’re not sure when the ideal time to get in, then feel free to wait for my trading signal.
“Wisdom yields Wealth”

Timon Rossolimos,
Analyst, Red Hot Storm Trader
P.S: Would you like to hear my fundamental and technical analysis on any company, currency or index? Feel free to ask with a descriptive question and it may be featured in the next prediction article on Monday. You can email me at timon@fsp.co.za.

"What the heck happened to Aspen and where is it going?"
Rate this article
Note: 3.71 of 14 votes