When the NEXT inevitable crash occurs, this may be the perfect safe haven investment 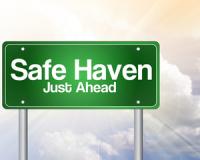 When the global Financial Crisis hit back in 2008, investors flocked to gold.

In fact, gold achieved the highest return out of all assets.

The same thing happened when September 9/11 happened in 2001.

My point is, gold was generally the go-to “safe-haven investment when crisis hit.

But if a major crash or recession had to happen tomorrow, do you think investors would flock to gold for safety again?

Well, instead of guessing, let's just go back to 2016 to discover the answer…


When the NEXT inevitable crash occurs, this may be the perfect safe haven investment
Rate this article
Note: 4.5 of 4 votes