Why averages can distort your final betting prediction 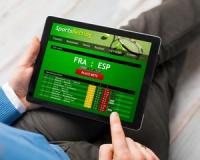 Did you know that one of the most popular ways to assess information or data could be distorting your final betting prediction?

Yes, the humble average can lead to failed outcomes.

And today I want to show you why the average should be taken with a pinch of salt.

Let's get to it…
________________________________________
I‘ve been waiting four years to share this with you...
If you bet on the cricket, you’ll have heard of these two.
One is a record-breaking batsman, and the other the most experienced player in cricket.
To the average punter, these two favourites don’t exactly scream ‘profit machines.’
But here’s the thing...
There’s a small group of unconventional punters out there who are very, VERY excited about them...
Why?
Because they’re using a specially designed ‘betting code’.
This code is so powerful; it could see average South African punters land as much as 93% profit by the end of the cricket tournament.
And you can access it right now! Click here for more…
________________________________________
Why the humble average should not be trusted
Averages are great when analysing a large sample size with score lines of limited variance. However, the problem comes in when looking at a sample size of just 15 matches.
This can become a big problem as one irregular result can distort the average and in the end your final decision.
Take a look at this example:
If Liverpool have played 15 games at home and scored a total of 45 goals, that’s an average of 3 goals per match.
This looks tempting and the over 2.5 might seem like a promising bet.
However, when looking deeper, we see that of those 15 games played, two of them were particularly high scoring. One game has 4-2 and another a 5-1 result.
That is a combined total of 12 goals scored.
Those two games have severely distorted the average, which would be 2.53 in the other 13 games.
What looks like an easy pay-day, suddenly seems like a money trap.
So while averages are great for large sample sizes, it’s always better to track occurrences rather than averages.
And by occurrences, I mean how many times has a team gone over or under a particular goal total?
You may find out that a team has only gone over 2.5 goals 50% of the games played at home.
So if the average is 3 goals per game, but the over 2.5 occurrence has only been 50% - would you still bet on the over?
Probably not…
________________________________________
How to generate a R700,000 windfall starting with R10,000 using the oldest wealth trick in the world
This wealth secret is the most powerful force in finance. It’s the force behind almost every fortune. The brilliant financial writer of the Dow Theory Letters, Richard Russell, called it “The Royal Road to Riches.” And it’s been mathematically proven time and time again as the #1 ’how to get rich quick’ trick in the modern world.
Even Einstein joked that it is “the most powerful force in the universe.”
And in my brand new book, The Little Book of Big Income – 10 Filthy Secrets to Get Rich Quick, I’ll show you how to use it to turn R10,000 into more than R700,000 on page 11.
But you must act fast…
My publisher is only allowing me to give away 300 hundred copies as a special launch offer,
Claim your free copy of Little Book of Big Income here
________________________________________
Conclusion to the average problem
While the average gives you an idea, it is useless in predicting the final outcome of a game.
Now that you understand the limitations of using an average, rather consider other strategies such as the such as the Bayesian analysis, or even Poison Distribution.
Until next time,

Why averages can distort your final betting prediction
Rate this article
Note: 5 of 1 vote