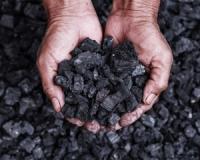 On 13 August Wescoal, a small coal miner on the JSE, had sales equaling to 3.5 million shares for the day.

This is roughly equal to 18 times the average shares traded per day - for the last year!

Clearly there was major interest in the company…

And, considering that volume trade in the company is 30% higher since July than it has been for the past year you'd be right to guess there's something brewing at the company.

I’ve done some digging, and I’ve uncovered the motherlode!
R160 million in cash deals in the last month.

The one was for the sale of its Intibane Colliery. Intibane has nearly reached the end of its life. So, Wescoal decided to sell the mine, with its infrastructure.

It’s getting R57 million in the deal – for a mine that will be out of coal in less than a year!
It will receive the cash for this deal by end of August 2018.

In addition to this, there’s another even bigger deal!

You see, a year or so ago Wescoal acquired Keaton Energy – which owns an exploration project called the Leeuw Braakfontein Colliery (LBC).

LBC is a non-producing mine, and no coal reserves have been declared there yet.

So, the current Wescoal share price arguably does not reflect the value of this mine, but only that of mines which are producing coal at the moment.

That means – it’s getting R103 million for a mine that has not been developed yet, and is just costing it money.

Add together the cash incomes for both these deals – and you get R160 million.

That means these two deals put around 20% of Wescoal’s total value into its bank account all at once!

I expect Wescoal to use this cash in furthering the Moabsvelden mine, which is next to the Vanggatfontein mine that is already operating.

In the meantime, the cash will be used to lower short term borrowings, meaning less interest expenses as well.

Lastly, the value of the LB Project is R92 million on Wescoal’s books. So, with the acquisition price of R103, it will makes a profit of R11 million!

Read: Why the English Premier League could be your ticket to win big! Learn the simple secret of taking the gamble out of gambling
The coal price is soaring – and that supports Wescoal’s rise

In 2016, Wescoal produced around 1.7 million tons of coal for the year.

Expectations are its production will reach 8 million tons in 2019.

And with a rising coal price, that’s an even bigger positive for Wescoal. As you can see, the coal price, in rands, is soaring.

This is due to two factors:
Coal price booster #1: Coal demand in Asia is rising

THE Richards Bay Coal Terminal (RBCT) exported a record 76.47 million tons (Mt) of coal during 2017 beating the previous record of 75.38Mt exported in 2015, and is budgeting for another record year during 2018 on the back of soaring export coal prices.

RBCT CEO, Alan Waller, said that Asian customers took 81.6% of the RBCT’s exports during 2017 with India by far the largest customer accounting for 35.76Mt equivalent to 47% of total exports. Pakistan took a further 8.7Mt during the year. Waller expect this demand to increase in 2018.
Coal price booster #2: The Rand is crashing

Whether it is the end of ‘Ramaphoria’, uncertainty about property rights in SA or the impending recession that might hit us, the rand has taken a beating.

So, if a ton of coal cost $100 – the rand price would’ve seen an increase of 23.2% just because of the amount the rand has weakened to the dollar.

With further increases in the export price of coal, I expect that Wescoal will see more growth in its share price.

Whilst figures are not out yet, it looks like the July coal price was just over $100, from $98 in June.

You can do so by clicking on this link.

These results show smashing performance which the company achieved from its Elandspruit mine as well as its acquisition of Keaton being part of results for a full period.

Here are the results in a nutshell: On the back of these results it’s safe to say Wescoal is making money hand over fist.

It is also on a dirt-cheap valuation. The share currently trades on a PE of 3.99. If we strip out all the cash it has on hand, it’s PE would be even cheaper at 2.92!

It’s biggest competitor trades on a PE of 24.

So, Wescoal could DOUBLE in share price – and its PE then would be 7.98 - which means it would still be at more than a 60% discount to its competitor.

In a recent interview Wescoal CEO, Waheed Sulaiman, said that its relationship with Eskom presents opportunities.

Eskom is literally asking for more coal than Wescoal can supply.

So, with the CEO saying that “we are looking at new projects and opening up new areas”, it’s clear there are expansion opportunities. And the recent R160 million cash windfall could open up these opportunities easily!

One of these is the Moabsvelden project, which was acquired through Keaton. The mine could add between 1 and 2 million tonnes of coal production per year and would be at a low capital cost thanks to the fact that it is next to Keaton’s existing mine. Meaning the two could share infrastructure.

In short – this is probably the most attractive mining share in South Africa right now!