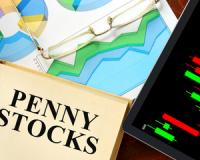 No question about it… There is a mountain of reasons to be worried about the South African stock market.

At the same time, the mainstream media is bombarding investors with “Take all your money offshore now” messages.

But there are groups of investors that are bullish as can be.

And they're buying small cap stocks like there's no tomorrow.

Who are these mega-bullish fools?