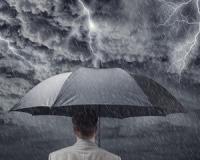 The situation is more serious than we thought...

As you'll see in a moment, it's become clear that South Africa is headed for a recession.

SA government economic policy has been doing very little to improve the state of our economy and now, the South African economy, consumers and investors are paying for the sins of our decision makers.

Due to the severity of the situation, I've spoken to all our financial experts here at FSPInvest with one goal in mind.... I wanted to find specific investment strategies and processes that you should be following now to overcome this economic situation.

Let's take a look at some of the investment challenges you're facing and the solutions our experts say you should be considering right now to grow and protect your wealth.


Three recession indicators you must understand to adapt your investment strategy

In the May issues of the South African Investor, Investment Director, Francois Joubert highlighted three recession indicators that you need to be paying attention to right now.

Francois is convinced that we’re headed for a recession. Not only did metal and commodity prices crash, South Africa was also hit with a severe drought that saw millions of rands wiped out from the investment landscape.

Here are the three indicators that spell economic trouble:


One of the key issues related to the halt in spending in the agricultural sector is directly related to the 11% drop in sales in agricultural equipment. Tractor sales alone are expected to fall 20% in 2016, which shows us that farmers simply don’t have enough money to buy new equipment and are relying on old gear to produce food.

Using older equipment means that farming productivity will also be reduced because farmers will have to rely on outdated technology to keep up with increasing food demand. Lower productivity and increasing demand will see the cost of agricultural goods increase, placing added financial strain on already cash strapped consumers.

This isn’t good news for those who have invested in companies like Barloworld and Invicta.

Francois explains, “These companies make money selling shiny John Deere’s to farmers. And when sales drop by 20% I can assure you it will wipe out any profits these companies are making.”

Again, this shows that consumers don’t have free cash. Higher interest rates and massive food inflation have impaired the amount of free cash people have at the end of the month – hence this massive drop off in car sales.”

This is the main reason why Francois suggests that you avoid investing in shares like Barloworld, CMH and Imperial Group. These large companies will feel the brunt of this falling trend.

This month it was announced that South Africa’s mining production crashed 18% year-on-year in March. This is due to the fact that mines are starting to close because their operations are unprofitable and unsustainable.

In his article Francois says, “There’s a lot of excuses for these figures – like public holidays in March for instance. But that simply cannot explain such big drops in production. The fact is, all these commodities are at multi-year low prices. Kumba Iron Ore is in the process of reducing production at its mine in order to focus only on profitable tonnes.”

Even though mining companies don’t contribute as much to the South African economy as they did in the past, the decrease in production will hammer economic growth down even further. Massive retrenchment figures will also knock consumers’ pockets as the newly unemployed people will no longer be able to afford basic needs like rent, mortgages food and transport.

In short, these three indicators spell trouble is brewing. And if Francois is right and it takes economic growth into negative territory there’s simply no way South Africa won’t get downgraded to junk status.

All our experts agree South Africa is headed for a recession - Here's what you should be doing about it right now
Rate this article
Note: 5 of 1 vote