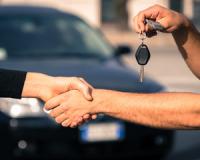 A couple of weeks ago, I went to a car auction. I saw people snatching great car deals that even baffled the commission-incentivised auctioneer! Some of the cars were literally selling for about half of what I knew the retail value to be. I was stumped... I know they say “In war, there are no winners”… But believe me, after what I saw - in bidding wars - there certainly are. Today I'll reveal exactly how you can make sure you're one of the winners.
Mistake one: Know what you’re bidding on

For most auctions, there will be a catalogue of the cars to be auctioned available online, from the company hosting the auction.

To start off with, you must go through this list and pick out roughly five to ten cars that spark your interest.

Pick the ones you reckon you’ll be able to afford, but at the same time will bring a smile to your face when you’re out on the road. If it’s the Jaguar you’ve always wanted so be it. And if it’s the Polo Classic, that’s fine too.

Mistake two: Know exactly what you need to pay

Many people don’t realise that the price you bid for a car at auction doesn’t include the commission, handling fee or VAT. Anyone who’s travelled to the USA will know what I’m talking about…

When you buy a chocolate there marked $10, you actually pay $10,70. That’s  because when you get to the till they add in the sales tax.

Here in South Africa, when you go to the store and see a chocolate labelled “R5.99”, the price you is see is exactly what you’ll pay.

This is because the VAT has been factored into the final price...But like I said, with auctions, it’s excluded!

In terms of commission or handling fee, some places charge a flat rate of around R2,500 while others charge a percentage (usually around 5%, however this charge could be paid by the seller).