by Aiden Sookdin, Contributing Editor, 10 May 2016 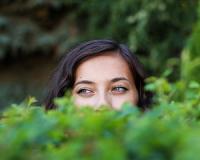 Last month, I had the privilege of speaking to Gary Booysen as we prepared our articles for The South African Investor publication.

I was fascinated by the history lesson Gary gave me about the evolution of the hedge fund industry. I realised that the investment world is riddled with complex structures, obscure products, puzzling regulations and often downright confusing terminology.

But, while baffling jargon and increasing difficulty are certainly on the rise, snowballing regulation often works in the investor's favour (that's you!).

And that's exactly what Gary revealed in his article...


So allow me to give you a sneak preview into the April issue of The South African Investor...

The Hedge Fund industry began when Melbourne born Alfred Winslow Jones launched the first hedge fund in 1949. A PhD graduate from Columbia University, Dr Jones came up with the idea while writing an article for  Fortune Magazine in 1948.

The idea was simple.
He was going to minimise the overall risk of his portfolio by setting up a number of quality long-term stock positions and then short other weaker companies  against them.

By reducing his net exposure, he was able to limit the volatility on the portfolio when compared to the overall market level.

This strategy developed into the widely used and  accepted long/short equities model and earned him a place in investment history as the ’Father of the Hedge  Fund’.

Dr Jones employed a few other techniques which became characteristic of the industry.

1. He used leverage to improve his performance.
2. In 1952, he converted the structure of his fund to  a limited partnership and added the dubious 20%  performance fee.

All of which still form a part of hedge funds today.

Nevertheless, the scope of strategies has increased dramatically.


Investors can now choose from a broad range of hedge fund strategies and models...

If you’re keen to begin immediately, find out what three funds Gary would consider to consider for a holistic financial plan.

Hedge Funds in a modern world and how you can use it to profit
Rate this article
Note: 5 of 1 vote