Is this an opportunity for a quick buck - or are you being taken advantage of? 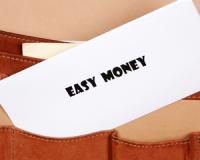 On 4 May 2018 RECM and Callibre (JSE: RACP) announced that it is offering to buy out investors in Astoria shares (JSE: ARA).

But is this a good deal, and should investors accept it?
SA’s new energy law could help make you 120% in the next 12 months
Very soon, controversial new legislation will come into effect:
And it could cause the price of one little-known stock to explode.
Investors who move before then could see gains of as much as 120% in the next 12 months
Here’s how to make sure you’re in before that happens.
________________________________________
You won’t necessarily pocket a 15% gain from this deal overnight…
With the Astoria share price still not up significantly, you might think this is an opportunity to buy Astoria shares on the cheap and simply wait for RACP to buy out the company at a higher price.
But it’s not that simple.
You see, RACP doesn’t have all the cash to acquire the entire Astoria.
RACP states that: “Depending on the number of Astoria shareholders who take up the Voluntary Offer, the Offer Price will be settled in a combination of cash (up to a maximum of R355 million in aggregate) and RAC Shares (?Top-up Share Consideration?).”
So, you won’t get only cash in this transaction. You could end up holding shares in another company that you don’t know, understand and haven’t even researched.
Now, RACP shares might look attractive, selling at R20, with the NAV value of the shares sitting at R29.
But the share is very illiquid; it has only traded around 12,500 shares on average in the last 10 trading sessions. So holding RACP shares, in favour of Astoria shares isn’t the best call in my opinion…
So what then are Astoria shares really worth?
Here’s another interesting point…
Astoria shares, when the company last reported results, are valued at $1.20.
That means, at the latest rand/dollar exchange rate Astoria shares are worth +-R15.12.
That’s around 12% higher than the offer RACP made for them.
And it indicates at least 26% upside from today’s share price of R11.99.
So clearly, RACP is trying opportunistically to acquire Astoria shares at a big discount.
What’s more is if the rand continues to weaken, it will lead to even greater upside in Astoria’s share price.
For instance, if the rand moves to R13/$, Astoria shares will be worth R15.60 – 30.1% upside from current levels.
A R15/$ - which is what we had in 2017 (and it can easily happen again) would mean Astoria’s share price has a value of R18, 50% upside!
Considering that the ‘Ramaphosa Euphoria’ is running out, I think we will see rand weakness again. And RACP is clearly of the same opinion otherwise it wouldn’t be trying to make this acquisition…
________________________________________
Tell me where to send your FREE book
Trading expert, Timon Rossolimos, has just released a brand-new trading book, Trading Made Simple.
It contains everything you need to trade the markets like a pro and start earning up to 60% returns on your money in 7 to 21 days.
And he’s giving away 100 copies for FREE.
Getting your hands on one of these couldn’t be simpler…
Simply click here and tell me where to send your FREE book.
________________________________________
A R100 million winner if the deal goes through…
RACP is run by asset managers at a company called RECM. So, when it acquires Astoria it plans to take over management of the company from Anchor who currently manages it.
But, because Anchor (who founded Astoria and still manages it for an annual fee) knew this could happen it has a bit of protection…
If the management agreement between Anchor and Astoria is ever cancelled, Anchor has the right to claim compensation equal to five times gross the annual management fee, which is 1% of assets under management.
That could be anywhere between R80 million and R100 million depending on the exchange rate.
With a market value of R1.5 billion this would be negative for Astoria shareholders.
But a R100 million paycheck, considering a market value of only R800 million would be a massive pay day for Anchor…
In short, if I were holding shares in Astoria I would hold on and not accept this deal.
Selling Astoria shares at a discount just doesn’t sit right, when you won’t get a full cash consideration right away.
And, any further rand weakness could prove very positive for future upside in your shares…
My call – hold on.
Here’s to unleashing real value

Francois Joubert
Red Hot Penny Shares
P.S: Click here now and find out why a select group of savvy investors are scrambling to get their slice of the energy revolution
Tags: francois joubert, astoria,

Is this an opportunity for a quick buck - or are you being taken advantage of?
Rate this article
Note: 5 of 1 vote