Knock 6 years and 25% off your bond don't sacrifice a thing! 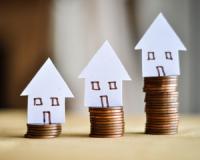 Wouldn't you like to pay your house off six years earlier and save R500,000 in the process?

Just imagine the freedom you'll have knowing you've conquered one of your largest debts.

If you can beat your biggest debt, the smaller ones will feel like nothing!

Well, today I've found a special solution to do just that - without changing your lifestyle.

But wait… I haven't even told you how easy it is…

All you need to do is make one simple switch.
How the bank is ripping you off and how the switch can save you big time

The thing is, most people just accept the fact that they’re going to pay these colossal amounts. I mean, if everyone is paying it surely it must be acceptable?

Split your payments and start knocking years off your bond

Let’s say you have the same 30-year bond as the one I mentioned.

All you need to do is instead of making the monthly payment as you normally would do, you split it down the middle and pay half every two weeks.

So if your bond payment is R4,023.11 a month, you’re going to basically pay the same amount with a different schedule.

Making payments this way, you won’t feel a thing

In fact, years may pass without you even realising how this switch knocked more than six years off your bond!

You see, a month is a little longer than four weeks. And so when you make the switch over the course of the year you gradually get further ahead in your payments…

Technically by the end of the year you’ve paid the equivalent of 13 months instead of 12.

The maths is quite simple.

Most banks will offer this service. And some won’t even charge you extra. They’re happy you’re paying off your debt faster!

Just ask your bank if it’s possible to make this switch.

Out of the banks I spoke to, it’s possible to make this switch with ABSA and Standard Bank.

Knock 6 years and 25% off your bond don't sacrifice a thing!
Rate this article
Note: 5 of 1 vote