The 3 most troubling takeaways from SONA 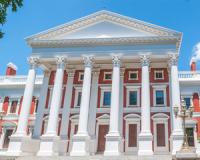 The State of the Nation Address (SONA) was certainly a spectacle, unfortunately mainly for the wrong reasons. However, as South Africans, it's essential to analyse the SONA - especially as it could have a significant impact on our lives.

Why investors should be worried about SONA 2017 #1: The violence

In his final speech as President, Obama said laws are merely pieces of paper. It’s only our belief in them that gives them power. This is an important concept for us. We have a generally just and progressive political system, but if politicians choose not to support it - it will have no power.
The EFF has evidently decided that scenes of their MPs being driven out of parliament plays better than reasoned arguments or peaceful protest. Over the long-term this could weaken the very institution of our democratic government.
Already we have seen the President use this behaviour an excuse to justify a parliamentary security force to enforce the peace.

Why investors should be worried about SONA 2017 2: The reduction of economic power in cirtain sectors

Most analysts believe this is primarily a move against the financial sector to punish them for their actions against the Guptas. President Zuma has more or less confirmed this in the interviews he has given since the speech.
The President also highlighted sectors he sees the need for radical change including: Property, healthcare, telecoms, agriculture and mining. Basically he talked about intervening more strongly in the economy in general. Considering the mess most state-owned enterprises now find themselves in, this isn’t a great sign for the country’s economic prospects.

Why investors should be worried about SONA #3: Radical Economic Transformation (RET)

The overall theme of the speech can be summed up as “radical economic transformation”.  This is an approach that has been tried before in many other countries, with a zero percent success rate. Just look at Venezuela.
Our government lacks the power or wisdom to structure a modern economy according to its wishes. The push to create a class of black industrialists is also not great news. Government should be in the business of helping the economy to grow, not just making a chosen few incredibly wealthy.


What this means for your investments...
It’s pretty clear the speech did little to restore confidence in the SA economy. In addition, several sectors of the investable universe (including finance, property and mining) are likely to come under ever increasing pressure.
So what should you do?
Most South Africans are over-invested locally due to their property and retirement investments.  Luckily it’s currently quite cheap (and easy) to take significant amounts of capital off shore. For far less than 1% of your funds you can have your money safely ensconced in an offshore financial institution in a matter of days.
Given the current economic climate, I don’t believe that this freedom will be around forever. There are many examples from across the globe where countries in financial difficulty have made rapid drastic changes to exchange controls.
So you should take advantage of your allowances while you can!
For more information on how to get money out of the country cheaply and efficiently, contact me on support@randswiss.com or +27 11 781 4454.
Viv Govender
Wealth Manager
P.S. There’s another way of looking at things… you could consider the Money Map Report, the South African Investor team have put together. Take a look here…

The 3 most troubling takeaways from SONA
Rate this article
Note: 5 of 1 vote