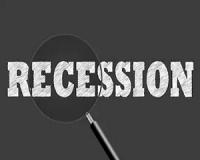 I'm talking about the “real Repo rate”. The US one, which affects over trillions of dollars' worth of transfers each day.

This rate, which is normally just over 2% spiked up to 10% last Tuesday (17 of September) as global lending markets started to grind to a halt.

Luckily, the US Fed acted quickly. It pumped $75 billion per day, every day for a week, into the market to stabilise things. The Fed has also committed to a further $30 billion per week until mid-October.

Calmed by this massive injection, the rate quickly returned to normal.

The last time something similar happened was just before the peak of the 2008 Financial Crisis.

Talk about a close call!

So, while this fact alone has got me worried, my real concern is this isn't the only indicator flashing red at the moment.
________________________________________
Recommended:
Don’t miss your chance to pocket fast gains from the global financial markets - 389.61% on USD/ZAR, 52.88% on Brent and 65.79% on Gold
A small group of traders are banking profits every 3 to 6 weeks on the international markets…
• 389.61% on USD/ZAR in just 24 days...
• 65.79% on Gold in just 21 days
Readers are poised for more double-digit wins n the S$P500…
You now have a chance to join in. Just click here to learn more.
________________________________________
Two reasons why the writing is on the wall
Across the world, there are several signs that the next couple years could be very stressful for the global economy.
Global growth is slowing rapidly. In fact, areas like Germany may already be in a recession. Even the growth engines of Asia, China and India, are showing signs of strain. At the same time, elections in the US, Brexit in Europe and political protests in Hong Kong all seem to be competing to be the spark that sets off the next crisis.
But, perhaps the clearest indicator is the fact that not a single major Central Bank is thinking about raising rates. The only questions they seem to be asking is how much can they cut and how soon? So maybe, just maybe, they too are seeing the writing on the wall.
While a concerted effort by Central Banks to cut rates may actually be enough to keep markets up, just remember that Central Bank liquidity has fuelled the current global bull market for the past decade. Every time, there seemed to be a threat, Central Banks were willing to do whatever it took to support the market. Eventually, though, they will run out of ammunition and we’ll see a massive pullback.
________________________________________
“If you want to make a killing from cryptocurrencies – read this book as FAST as you bloody can!”
I’d like to rush you a copy of my book, Crypto Revolution, right away.
Inside you will find everything you need to understand this financial revolution…
And take maximum – potentially life-changing – advantage of it.
Including the name of the coin I am calling “The Bitcoin Killer”…
A cryptocurrency that could ultimately climb 20,000% from where it sits today.
That’s the kind of move that turns R2,500 into R500k over the longer term.
You’ll get the name of that crypto…
My full case for why it could rise to become the #1 crypto in the world…
CLAIM YOUR BOOK IMMEDIATELY
________________________________________
The number one strategy to prepare yourself for the eventual crash
To survive in these uncertain times, you need a combination of high protection, so that you don’t lose everything in a downturn, and high risk, so that you can take advantage of the Central Bank fuelled bull market when markets rise.
But how do you do that?
The answer is the Barbell Strategy.
This strategy encourages you to be as hyper-conservative and hyper-aggressive as you can be, instead of being mildly aggressive or conservative and sticking to “safer” middle-ground investments.
In the case of this looming crash, look to hard currency denominated bonds to give you protection (historically, these have weathered downturns the best) and invest in multi-year call options which will outperform when markets rise but limit losses on the down side to give you the growth you crave.
For help with this strategy, contact me at support@randswiss.com. To get my attention simply include the word “barbell” in the subject line!
Viv Govender,
Rand Swiss, Wealth Manager
Tags: viv govender, financial crisis, repo rate, recession, strategy,

The best strategy to muscle your way through the looming financial crisis
Rate this article
Note: 5 of 1 vote