The interest rate will drop at the end of March! 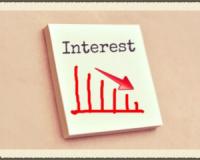 The South African Reserve bank will hold its Monetary Policy Committee meeting between 26 and 28 March.

At this stage all the indications are that interest rates might actually drop by 0.25%.

That means, if you keep paying the same amount on your property loan, you will pay it off 13 months faster - just thanks to the lower interest rate!

Since early 2017, inflation has come back to within the 3-6% range that the reserve bank targets.
The reserve bank uses inflation as the main decision making criteria when deciding to increase or decrease interest rates.
Inflation hit a low of 4.4% in January 2018, from a high of 6.3% in 2017.
And, with the stronger rand, inflation could easily remain lower for longer, as all import prices will remain under control.
The main inflationary pressure for 2018 is the VAT hike of 1% - which could add around 0.6% to the inflation rate – but considering  January inflation that means an inflation rate going forward of 5%.
So, with inflation still within the target range, and the need for economic growth – I expect the reserve bank to lower interest rates.
And according to a Reuters poll, 15 of 22 economists expect a 0.25% interest rate decrease, another two expect a 0.5% interest rate decrease and the remaining five expect interest rates to remain the same.
The 23rd March could be an early indicator whether interest rates will drop
On 23 March, Moody’s will publish the results of its review of the SA economy and government’s ability to repay debt.
The results of this review are CRUCIAL.
If Moody’s downgrades us – SA is officially junk with all of the credit ratings agencies and will drop out of the World Government Bond Index (WGBI), triggering up to R100 billion ($8.3 billion) in selling by foreign investors.
But I expect Moody’s to – while giving a stern warning – keep SA on investment grade.
You see, the latest figures by Stats SA show that the economic growth in 2017 was ‘less bad’ than initially thought.
The last forecasts put 2017 GDP growth at 0.8%, but it came in at 1.3% at the end of the year.
What’s more, the economic growth rate hit 3.1% for the last quarter of 2017. And, factoring in positivity with the new Ramaphosa regime – I expect it can continue in 2018.
Economic growth probably won’t average 3% for 2018.
But it could easily hit 2%.
This could of course be hit negatively, should land expropriation take a wrong turn… But more on that later.
________________________________________
Why the 2018 Super Rugby could be your ticket to win big!
Learn the simple secret of taking the gamble out of gambling
Tap into our newest private profit powder keg and watch over our shoulder as we reveal the 'insider's edge' that will explode your profits and gain you a spot in the 'winner's circle!'
________________________________________
What an interest rate decrease means for the economy – and shares
If interest rates are dropped at the end of the month, it’ll mean less pressure on consumers.
The lower income group specifically – with short and medium term loans – could receive a welcome reprieve with lower interest payments.
It might not sound like much, saving R50 a month on a short term loan – but that money is then spent at a supermarket. Buying food. Times that R50 a month by five million people and suddenly there’s an extra R250 million a month spending power going towards consumer products at supermarkets!
Again – that’s already enough to increase the sales of a company such as Shoprite by 2%!
So, in short… Lower interest rates will be positive for retailers.
They’ll also be good for food producers and agricultural companies.
And they’ll be great news for the property market, as well as for car sales.
This could just jump start the SA economy for 2018 – And I’m excited!
Here’s to unleashing real value

Francois Joubert
Red Hot Penny Shares
P.S: Here are all the details you need to know to invest in the five hottest stocks on the market right now — The five stocks that could help turn R15,000 Into R72,097…


The interest rate will drop at the end of March!
Rate this article
Note: 4.25 of 2 votes