The retail, property and construction sector are going nowhere fast, so which sector's next to hit the skids 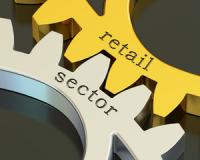 Since the beginning of 2017, we've told you what sectors could be in trouble because of the uncertainty in South Africa.

For example, the combination of high interest rates and consumer confidence has seen retail companies struggle to grow profits throughout 2016.

Struggling retailers mean some shops have closed doors, and as such, property companies with retail tenants could risk vacancies.

And, just last week my colleague Francois Joubert explained how “a combination of rising interest rates, the junk status downgrade and low consumer confidence will see this construction bubble pop in the coming year.”

So, that's the retail, property and construction sectors all facing tough challenges in 2017.

But now my research has shown another massively important sector to the SA economy is about to hit the skids and its best to avoid it right now unless you know where to look.

Let me explain…
****************************************
5 Shares Set to Rocket in 2017
Read this now, or miss out on THE buying opportunities of the year.
You could make a fortune with these 5 potentially explosive shares hand- picked by our market expert.
And we'll give you all the exciting details in this FREE Hottest Shares to start your Million Rand Portfolio Report.
****************************************
Investors Beware – Avoid this sector unless you know where to look
More than a third of South Africans are struggling to pay back credit worth R1.7 trillion.
Years of high interest rates and inflation has had its toll on South African consumers.
People can afford less and less. On top of this, South Africans simply can’t pay back their loans.
As things stand, the National Credit Regulator (NCR) says there’s around R1.7 trillion in outstanding loans which South Africans have to pay back.
In fact, out of 24 million active credit consumers, 10 million have some form of impaired credit record.
So when consumers loan money and can’t pay it back, who suffers the most?
Lenders…especially banks.
Watch this sectors profits skyfall as debts sour
It’s simple.
Consumers won’t be able to pay banks back for their loans. And in the long-term, banking stocks’ profit margins will deteriorate.
Furthermore, the ratings cut by S&P increases the likelihood that South African banks will face declining returns and rising bad debts.
The downgrade also means the cost of capital and borrowing costs will increase.
This means, banks may charge more for their loans.
But this certainly won’t help.
Either more South Africans will become even deeper in debt or they’ll simply find other means to borrow money.
In fact, Rating Agency Moody’s has warned about this situation before.
In 2016, Moody’s said, “South African banks face an increase in bad loans due to rising interest rates and the prevalence of unsecured lending. Banks profitability will come under pressure as the lenders have to make more provisions for souring debt.”
****************************************
Turning the odds in your favour has NEVER been this easy!
Our Scandalous Secret To Crushing The Odds So Effortlessly ''It's Like Performance Enhancing Drugs For Your Bottom Line!"
Tap into our newest private profit powder keg and watch over our shoulder as we reveal the 'insider's edge' that will explode your profits and gain you a spot in the 'winner's circle!
****************************************
So what action should you take to make sure you don’t lose money?
Avoid investing in most South African banking stocks for now. I’m talking about…
FirstRand, Nedbank, Standard Bank and Barclays.
Despite South Africa having had one of the strongest banking sectors in the world, credit impairments and the downgrade of five South African banks in 2017 means their profits cannot withstand the pressure any longer.
However, I have good news…
But there’s one bank that offers extremely good value to investors right now.
You see, despite this company operating as a “bank”, it’s also diversified into other growing sectors like asset management.
What’s more, it operates in the UK so it has protection against South Africa’s poor economy.
The company is still a screaming buy in the Real Wealth portfolio. And what makes it even more attractive is, its shares have fallen around 8% thanks to the uncertainty surrounding South Africa.
So this is the perfect time to buy. Despite the drop in its share price, the company has already returned 15% to the Real Wealth portfolio. And I certainly see more upside to come thanks to its diversified strategy.
The window to get into this opportunity is closing, so I urge you to take action right away and get in while it’s hot!
Always remember, knowledge brings you wealth,

Joshua Benton, The South African Investor
P.S. Like I said, I don’t know how much longer the door is going to remain open to get into this bank at a discount, and with the SA economy like it is, South African investor’s cannot afford to miss out on a bargain like this.
Tags: joshua benton, retail, property, construction, construction sector

The retail, property and construction sector are going nowhere fast, so which sector's next to hit the skids
Rate this article
Note: 5 of 1 vote