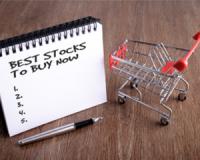 The JSE Top 40 closed the week up 0,8%, but retreated slightly on Friday along with generally softer developed markets; for the year to date the JSE is up 7,7%.

Kumba rallied 27% after it provided a production update which surprised the market. Another strong performer was Impala platinum, up 8,4%. Which bodes well for our buy call three weeks ago. Watch the Platinum price for weakness. Sasol's trading update was below expectations, their shares sold off 6,4% on the news.

US Earnings seasons has kicked off, numbers from Apple, Facebook, Amazon and Visa due this week.

Be aware that Trump's policies are creating nervousness in the markets, with demonstrations and legal opposition increasing. This is something to watch and we expect increased volatility.
3 Stocks to Buy
Buy Shoprite Stock
Expect upside  for Shoprite share proce in line with the deal with Steinhoff.
Shoprite trading at R175, is significantly lower that recent highs. The proposed deal to be incorporated with Steinhoff appears to undervalue the business. Shoprite shareholders deserve more recognition for the higher organic growth that the African strategy delivers. The fair price is probably above R200 - Buy.
Buy Pan African Resources Shares
Strong Trading update from Pan African Resources
PAN released a trading statement on 27 January 2016. Earnings will be up over 21% to 41%. The transaction for Shanduka Gold is earnings accretive. High Gold prices were achieved, despite lower production. Coal output is improving. Results will be released late February, the share is trading at R2,65, buy below R2,70.
Buy Reinet Stock
Reinet shares are selling at an attractive discount!
Reinet and British American Tobacco rallied 5% last week. BTI would benefit from global growth and we like the exposure to a UK listing (see comment on Pound below). The discount through Reinet is at historically high levels. Buy at current levels approx. R28,50.


2 Stocks to Sell
Sell Clicks Stock
Clicks share price is under pressure from ratings!
With a PE rating of 26x Clicks is priced at a premium and we expect this rating to come off over the next few years. The availability of an alternative in Dis-Chem and other less expensive retailers will also apply pressure. This despite excellent trading results, and a strong organic growth rate.  Sell above R120.
Sell the Rand vs Pound
Trade the rand vs the pound on positive signs from the UK market
The Rand has remained strong against the Pound since concerns over Brexit in June. UK GDP growth came in above expectations, again! And Q4 data shows that the service sector is performing well and consumer confidence is improving. Speculation about a closer relationship with the US is taking hold. Looking at the charts, there are early indications of a change in sentiment.  A good time to move funds offshore and review your offshore allocation to developed markets.
February is Tax Year-end and there are significant changes to the Retirement Funding Tax deductions
A reminder that February is the Tax Year-end and the significant changes to Retirement Funding Tax deductions. Ensure you are making the best of these concessions. Contact Prodigy’s offices for a free Retirement Review.