Four fantastic currency pairs and when to trade them Currency #4 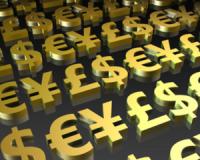 It's been a fascinating journey over the last few weeks.

You've seen why I enjoy trading these currency pairs the most:

Moving on to why the Swiss Franc is so awesome…

The USD/CHF (ranked 5th in value along with the Euro, USD, GBP and JPY), serves as a reserve currency and is one of the most traded currency pairs in the world.
This is due to the fact that it’s a safe haven currency for many Governments. For example, when traders and investors expect markets to crash due to some upcoming bad news, they turn to the Swiss Franc for safety..
By safety I’m talking about Switzerland’s:
• History of political stability
• Strong economy
• Low unemployment
• Low inflation curve
• Strong rule of law  and
• Neutral position with foreign affairs


The Swiss Franc in my experience, has been one that has shown low volatility but strong trends over time.

This means, the market doesn’t jump all over the place with uncertainty. And I’ve found the best times to trade the USD/CHF is when the European markets and American markets are open.

This is between 9:00am and 10pm South African time… Any time after that, the movements seem to be much smaller and less significant. This also makes sense, because this is when the big investors and traders of the world are awake and buying and selling the USD/CHF the most.

I’ve found that the best styles to trade the Swiss Franc is with break-out trading.
Break-out trading is where a trend forms and then breaks out to the opposite direction. This is where the traders will get into the trade and follow the direction of the new trend.

If you’d like to know more about Break-out trading, then you can learn everything in my Six Forex Profit Patterns Report…

Four fantastic currency pairs and when to trade them Currency #4
Rate this article
Note: 3.67 of 6 votes