What should you learn from the Turkish lira crisis? 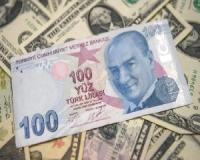 “How did you go bankrupt?” Bill asked.

The “slowly at first, and then all at once” concept is wonderfully described in Malcom Gladwell's debut book The Tipping Point. Gladwell defines this idea as “the moment of critical mass, the threshold, the boiling point”.

I'm talking about that rollercoaster moment, as a rickety train car chugs slowly toward the apex of the track, before plunging and screaming lower into the abyss.

What should you learn from the Turkish lira crisis?
Rate this article
Note: 4.5 of 3 votes