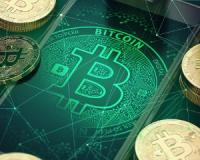 • Who owns and controls Bitcoins and are they like shares?

• How can I buy Bitcoin?

• How can my Bitcoins get lost and can I retrieve them back?
Q. Who owns and controls Bitcoins and are they like shares?
Answer by Timon Rossolimos:

Let’s think of a share first. A share is a part of a public listed company on the Stock Exchange. A share is owned by its shareholders.
If a company is listed on the stock exchange, this means it’s regulated by the government, organisations and the banks.
Bitcoin on the other hand is the complete opposite.
First of all, Bitcoin is not regulated by any governments or banks. Bitcoin is owned by its users. This means it’s a digital currency that the price is determined on the general public sentiment (demand and supply) of the price.
So to sum it up, the users (people of the world) own Bitcoins and they are not like shares as Bitcoin is not a regulated company.

Q. How can I buy Bitcoins?
Answer by Timon Rossolimos
There are a number of ways to buy Bitcoin… I’ll list them:
#1: You can find someone who owns Bitcoins and exchange it with them
#2: You can exchange goods and services using Bitcoins as payment
#3: You can buy and sell Bitcoins on a Bitcoin exchange
#4: You can try to mine for a Bitcoin (but this is a full time job and can cost you millions of rands).
But there are lots of easier ways to profit from Bitcoin without owning it. They’re all revealed in Sam’s Book – Crypto Revolution. You can get your copy here.


Q. If I buy a Bitcoin am I getting any physical coin?
Answer by Timon Rossolimos:
Unfortunately, Bitcoins are not actual coins made of copper or metal. There is nothing tangible about Bitcoin. Bitcoin is a digital currency all done through the web (from computer to computer).
The way you can think of Bitcoin are small public ledgers which maintain a record of every transaction which are less than a text message.
And in this message, there are only two features labelled: It’s address or user name and a history of the items bought or sold.
Unbelievable: I found a guy who successfully built a multi-million rand empire and asked him to be my mentor.
Q. How can my Bitcoins get lost and can I retrieve them back?
Answer by Timon Rossolimos:
Imagine a situation when you lose your wallet and you cannot find it anywhere. Losing a bitcoin is much like losing your wallet.
When you lose a bitcoin, they are still present in the database, but are removed from the circulation, altogether!
There are mainly four ways you can lose a Bitcoin from my knowledge
#1: If you type in the wrong amount of Bitcoin you want to sell – You can’t get it back. Similar to selling more shares than you want, you can’t just phone the exchange to ask for your shares back. This is known as a fat finger.
#2: If you are buying goods or services using Bitcoin and you type in the wrong amount. You cannot get a refund like you can with actual fiat money.
#3: My colleague Joshua Benton just told me that there was one man who lost $67,000 worth of Bitcoin just by upgrading his RAM on his computer. And he was not able to get them back.
#4: There are unregulated and unreliable Bitcoin exchanges that try to steal your Bitcoins when you join them.
Watch out for these fraudsters and only stick to the most trust worthy Bitcoin exchanges. The three that I know which I would trust my money with are, BitX, Wirex or BitcoinZAR.

Your Bitcoin questions - ANSWERED
Rate this article
Note: 3.52 of 23 votes