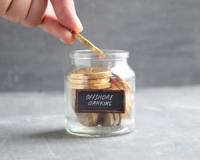 Did you hear about this in the financial news?

These days, investors have been glued to the trade-war news, which has caused major uncertainty around global growth and stock markets to fall.
But this $16 billion cash injection is a huge story. One that I’ve covered in Real Wealth since 2017.
And it’s just the beginning.
It’s also the reason why I see huge upside in this one stock market over the next five years.
Let me explain…
Recommended:
________________________________________
Outperform the stock market in any condition
We’ve uncovered an incredible strategy that elects only the safest, most profit-packed shares on the Johannesburg Stock Exchange (JSE).
In fact, professional investors Walter Schloss, Irving Kahn and William J. Ruane all used it to make a fortune.
And – to this day – it helps South African investors who understand how it works regularly make money. It’s more than doubling the returns of the JSE between 2010 and 2018 with a 32% yearly average over the past eight years.
In short, it has the potential to make more money for investors of all stripes – and remains the most profitable way of succeeding in the stock market to this day.
Find out more here…
________________________________________
MSCI inclusion of Chinese A-Shares will see billions flow into the stock market
I’m talking about the continued inclusion of local Chinese stocks from global index provider MSCI.
This is short of it…
Until 2018, global index provider MSCI didn't include local Chinese A-shares in its stock market indexes. So if you invested in the MSCI Emerging Markets Index, for example, you weren't actually buying any stocks trading in mainland China.
However, MSCI started to move a small portfolio of local Chinese stocks to its emerging markets index.
It added just 5% of the eventual inclusion amount. And that meant billions of dollars flowed into A-shares.
This was just the beginning…
In three stages, MSCI announced it will quadruple the weighting of A-shares in its emerging markets index this year.
The first shift happened on 28 May 2019. This saw A-shares weighting double from 0.9% to 1.8%.
You see, around $1.8 trillion in assets is benchmarked to the MSCI Emerging Markets Index. So an increased allocation of 0.9% sees around $16 billion shift into Chinese stocks, in one night.
Again, there are two more identical cash injections in August and November. And that would mean another $32 billion flowing into Chinese A-shares for this single index. That’s around $48 billion flowing into the stock market.
But this figure is peanuts compared to what investment bank, Morgan Stanley announced in a report in March 2019.
It said that over 10 years, China’s stock market could see $100 billion to $220 billion in annual inflows. That’s a total of $2 trillion that could flow into Chinese A-shares over the next 10 years!
Must see:
________________________________________
I‘ve been waiting four years to share this with you...
If you bet on the cricket, you’ll have heard of these two.
One is a record-breaking batsman, and the other the most experienced player in cricket.
To the average punter, these two favourites don’t exactly scream ‘profit machines.’
But here’s the thing...
There’s a small group of unconventional punters out there who are very, VERY excited about them...
Why?
Because they’re using a specially designed ‘betting code’.
This code is so powerful; it could see average South African punters land as much as 93% profit by the end of the cricket tournament.
And you can access it right now! Click here for more…
________________________________________
Just a small sentiment shift could help kick off the next China boom...
Right now, many investors want nothing to do with China. Trade wars causing falling prices are scaring people out of the market. But if the major institutional investors get on board, and average investors follow, then that could really cause an avalanche of activity.
And investors like you, can make big money in Chinese stocks.
The fact is, China’s stock market has a history of soaring hundreds of percent quickly once it gets going... And a couple trillion dollars in inflows is the kind of thing that could kick off a frenzy.
Now, you may be thinking, what about trade wars and the impact it’s having on Chinese shares?
Well, simply the trade war is a short term problem. A deal will probably be reached by the end of this year. You see, tariffs are essentially bad for the US, as at the end of the day, either a US-based company pays the bill or passes these costs onto US consumers. This means, prices for goods rise and profits for companies, fall. Trump can’t afford not to reach a deal.
So if you look past the trade war, the potential for Chinese stocks to soar, over the long term is ample.
If you’d like to keep up with Chinese Shares, you can look at the iShares MSCI China ETF. This ETF tracks an index of investable Chinese shares covering all market cap sizes.
See you next week,

$16 Billion just flowed into this stock market…And this is just the start
Rate this article
Note: 4.38 of 4 votes