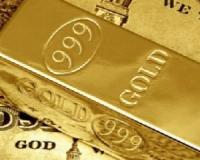 In rand terms it broke the R1 million per kg level.

Simply put - the gold price is soaring. And that's great news for companies that mine the metal.

A decade ago, the company only operated a single mine, the Barberton gold mine.

In the past decade Pan Af has embarked on the Phoenix Platinum project, the Barberton Tailings Retreatment Project, the Elikhulu Tailings retreatment projects and the acquisition of the Evander mine.

Throughout all of these the company has exhibited a culture of doing things right, the first time. And just as importantly – it comes in under budget, ahead of schedule.

The company rarely has labour issues, and by the time other mining companies announce labour strikes – Pan Af has already concluded wage negotiations.

Three projects in Pan Af’s growth pipeline
Growth project #1 - The Blyvoor Gold mine
Blyvoor is one of the oldest, and richest gold mines in South African history.
The mine has produced 1,767 tons of gold between 1937 and 2013. At the current gold price that would be around R1,5 trillion worth of gold – from ore that averaged 14g/t. Today gold mines are lucky to get 4 or 5g of gold per ton.

Being this old, the Blyvoor mine’s dumps have huge amounts of gold in them.
Its tailings dumps have around 142 million tonnes of material in them, with around 1,4 million ounces of gold. At the current gold price that’s around R38.6 billion worth of gold.

Pan Af will pay only R110 million for the project, as the current owner doesn’t have the capital to exploit the project themselves.

Growth project #2 - The Mintails projects
Pan Af agreed with the liquidator of a company called Mintails to buy its Mogale cluster of surface dumps for R50 million.

The project has around 533,000 ounces of gold, which would be processed over a 12 year period.

It could add 50,000 ounces per year of production to Pan Af’s bottom line – meaning an additional R1.35 billion in revenue.

In total these assets hold more than 2.3 million ounces of gold. That’s nearly double the amount of gold at the Blyvoor assets – at half the price.

However – it seems these assets come with a R450 million rehabilitation bill.

The deal is not yet finalised, and is pending a resolution to Mintail’s business rescue proceedings and liquidation.

Growth project #3 – Egoli gold mine
Pan Af announced it is finishing the feasibility study to start construction of the Egoli gold mine at its Evander operations.

Initial estimates show the Egoli mine could operate at $777/ounce, with 570,000 ounces produced over a nine year period at 5.2g gold per ton of ore mined.

The company also doesn’t have to develop the entire mine from scratch.

It can use the shaft systems already in place at Evander. It already has the Kinross processing plant – with spare capacity. Simply put – all it needs to do is dewatering of the shafts, re-equipping the mine and developing into the Egoli orebody.

Pan Af CEO, Cobus Loots says “We like to think that once Egoli is up and running, it’ll probably be South Africa’s least complicated underground gold mine and it will come into its own as we wind down on the 8 Shaft pillar, and that's going to take us close to 250 000 oz".

The project would take only 20 months to bring into production with peak funding of R1.05 billion.

The project has a payback period of less than 4 years at $1,650 per ounce of gold. So, I’m sure you can see how the current $2,000+ gold price could prove a massive opportunity for this company.

Major profits on the back of this high gold price
Pan Af is profitable at $1,600 an ounce. At $1,800 an ounce it is just ridiculously profitable.

At $2,000 an ounce – this company will make an absolute fortune.

You see, Pan Af received an average gold price of $1.804 per ounce in the six months ending December 2021. And with that the company produces headline earnings of $46 million or R703 million.

The current gold price is at least $200 higher than this. So, with a second half production of around 100,000 ounces of gold the company stands to make $20 million more profit in the second half.

That means a nearly 44% increase in profit.

This puts the company’s full year earnings at +-88cps. Currently its share price is 450c. So that means the stock is on a forward PE ratio of only 5!

This is definitely one to keep an eye on…

Breaking News: The “cryptocosmos” is about to undergo a huge shift. A shift that could see Bitcoin eclipsed as the most valuable crypto on the market...>>Read More