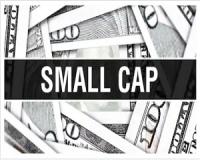 Landing winning stocks doesn't have to mean investing in small, high-risk operations. Even big companies offer the potential of rich returns over time. But some small businesses will turn into tomorrow's biggest winners and create massive wealth for investors that got in at the right time.

Small-cap stocks, or the penny shares we invest in, are generally companies with market caps of less than R10 billion, or with share prices less than R10.

Many of these companies are distressed, or going nowhere slowly.