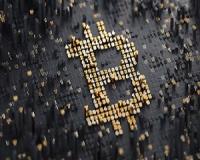 It's no secret that investors take profits on winning bets…

And if there's an investment where one would expect to see money come off the table - after rising rapidly - it's bitcoin.

This is what happened after the largest crypto hit the $41k mark in early January.

Interestingly, this time round the sell-off hasn't lasted long…

There are signs that point to investors taking advantage of recent bitcoin and cryptocurrency sell-offs...
________________________________________
Read: If you still haven’t invested in Bitcoin and want learn why you should consider a small stake then read this…
________________________________________
Billions still flowing into crypto – setting new records!
According to data from digital asset manager CoinShares, funds focused on bitcoin and other cryptocurrencies saw $1.31 billion in inflows in the last week of Jan.
That was another record for crypto fund inflows, as assets under management ("AUM") have surged from $2 billion at the end of 2019 to $29.7 billion at the end of January 2021.
The inflows also coincide with a recent pullback in bitcoin's price.
Bitcoin's price has fallen around 15% twice in recent weeks, separated by a brief rally. It's still about 10% below its all-time high set in January.
And investors are using the sell-offs as a buying opportunity...
Bitcoin and bitcoin products were the target for 97% of these inflows, according to CoinShares' data. Another 2.5% went into products focused on the second-largest cryptocurrency, Ethereum – which has recently powered to a new all-time high.
One crypto analyst Fred Marion recently explained a possible reason for the inflows…
“For four months, bitcoin ripped higher. Anyone thinking of buying probably felt frustrated on the sidelines. Now, they've got a chance to buy, and they're taking it."
In another sign of investor enthusiasm…
________________________________________
The Marijuana Stock You've Been Waiting For
The next wave of the marijuana boom will be focused on earning potential.
Don't be mistaken - it is coming.
One under-the-radar stock is perfectly positioned to be at the forefront.
A little-known south african cannabis company you've likely never heard of has spent the last few years quietly prepping ready to produce product for European markets.
The clock is ticking... 2021 just started and if I expect it to be huge for this little company.
Click here to get instant access to the Marijuana Stock You've Been Waiting For
________________________________________
Crypto exchanges are being overwhelmed with new accounts
Binance, the world's largest exchange by volume, recently said that it's had to suspend withdrawals. CEO Changpeng Zhao said the number of new accounts and trades have hit record levels, stressing Binance's systems.
This could be a good sign for bitcoin and the cryptocurrency sector. It shows that investors aren't being shaken out by the recent sell-off.
Rather, retail and particularly major investors are continuing to buy in...
It wouldn't be surprising if many other large corporations or investment institutions used sell-offs to increase their positions, supporting bitcoin demand.
This is a huge trend we've seen play out in recent months.
Not only are traditional investors - like Paul Tudor Jones and Ray Dalio - turning bullish on bitcoin, but some of the world's largest asset managers are about to buy in.
This flood of institutional money should continue to flow into bitcoin and other crypto products as more institutions warm up to them. And as they do, expect them to buy in during any pullbacks in the cryptocurrency's price.
My recommendation is for you to do the same as $50k, $60k even $100k bitcoin is entirely possible by the end of this year!
See you next week.
Joshua Benton,
Managing Editor, Real Wealth
P.S. You can still grab a copy of the #1 Crypto book - Crypto Revolution: Bitcoin, Cryptocurrency and The Future of Money – for just R100 today!
Tags: joshua benton, investing, crypto, bitcoin,