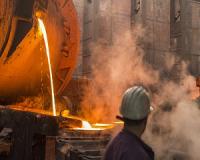 If you preached about marijuana legalisation 20 years ago, you probably would've been called a “stoner” or a “druggie”.

Not to mention, you would've heard some stories “that smoking marijuana kills you”.

But isn't the world a funny place?

Fast-forward to today and this narrative has dramatically changed. Extensive research has proved that marijuana can help with various illnesses (even life-threatening). And of course you can't forget about the significant amount of money this industry has generated.

These are just some reasons why over 50 countries have either legalised or decriminalised marijuana, while many more are set to follow.

And because of this, this industry is exploding. And will continue to see massive growth over the next 5-10 years.
________________________________________
We all love discounts…
And right now, this property company is offering the mother of all sales…
A 72% discount to its real value but only while ‘stock’ lasts
Full details of this stock and four others in Francois Joubert’s Invest for Profit 2019 Blueprint – FREE DOWNLOAD
________________________________________
The global legal marijuana market could reach $146.4 billion by end of 2025!
Legal marijuana has gained traction worldwide and will continue to grow due to very high demand among consumers and increasing legalisation of recreational or medical marijuana in many countries.
More so, public and private investment for research and the development of safer forms of ingesting marijuana such as tinctures, oils, vapes and other edibles will reinforce the market’s growth.
The number of conditions treated using medical marijuana is growing rapidly, as new patients are added to the market. But if you don’t believe me, here are some amazing numbers to back it up…
• Cannabis-related companies raised nearly $13.8 billion in 2018 compared to just $3.5 billion in 2017 – almost four times higher
• The global medical marijuana market is expected to generate revenue of around $40 billion by the end of 2024, growing at a compound annual growth rate of around 19.4%
• Leading research ad consultancy firm Grand View Research expects the global legal marijuana to reach $146.4 billion by end of 2025.
• According to Arcview Market Research and BDS Analytics, spending on legal cannabis worldwide is expected to hit $57 billion by 2027
________________________________________
Use this shockingly
overlooked technique to 'pickpocket' weekly profits
of R543, R630 or even R1,487
from financial markets
This is a 100% legal way of 'robbing the market blind' WITHOUT using spread betting, buying and selling stocks or trading futures…
Grab one of the 300 spaces now and I will personally show you the 'trades' to make
________________________________________
Here’s one way to profit from the explosive marijuana industry
Look no further than one of the largest marijuana companies listed today. The company has 4.3 million square feet of licensed production capacity, and anticipates having 5.6 million square feet licensed by the end of 2019.
It already has multiple brands that sell various marijuana products. It’s partnered with supply arrangements with other marijuana companies in Australia, Brazil and Germany.
And just last year, it received a $4 billion cash-injection from a major global beer company.
This investment will help this marijuana giant build scale in the more than 30 countries currently pursuing federally permissible medical cannabis programs. It will also allow the company to build the foundation needed to supply new recreational markets as cannabis becomes legal around the world.
And if that’s not enough for you to fancy buying this stock, just consider this…
The total cannabis market in Canada, including medical and legal recreational products, is expected to generate up to $4.34 billion in total sales in 2019. And as the largest cannabis company who commands a 35% market share in Canada, it’s in the perfect position to take a huge slice of the profits.
One’s thing for sure, if you’re looking to make big money, then you must definitely take a look at the marijuana industry and the companies that operate in it.
See you next week,

Joshua Benton,
Managing Editor, Real Wealth
P.S. There’s another marijuana company that’s poised for massive returns. It’s developed a cannabis-drug that produces life-changing benefits to children with severe epilepsy. And it could make from $900 – to $1.6 billion in annual sales.