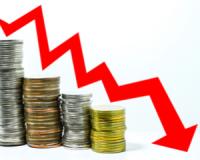 In the past month or two, I've realized a worrying trend on the JSE.

This trend has been behind Sibanye Gold's 58% drop in the past year.

What is this trend? Well, it's “making offshore acquisitions at ALL costs”…

And Warren Buffett has just warned investors against the trend.

Let me explain:
Are You Ready?: For the NEXT WAVE of 500%, 1,000%, even 10,000% returns? – If so, click here…
Expensive acquisitions could lead to financial catastrophe
According to a recent article on Warren Buffett, he has a message for investors:
“Be patient.
After a year in which he was largely frustrated on the acquisition front and saw cash pile up at his conglomerate, Berkshire Hathaway, he used his annual letter to shareholders to remark on the “all-time high” cost of buying businesses and how the “ample availability” of cheap debt has fueled unwise deals. Berkshire, Buffett wrote, will still occasionally get opportunities to make large purchases at sensible prices.
‘In the meantime, we will stick with our simple guideline,’ he said. ‘The less the prudence with which others conduct their affairs, the greater the prudence with which we must conduct our own.’”
In short – because interest rates are low, companies are more likely to use debt to fund big acquisitions.
And, in addition to this, the availability of this cheap debt has inflated asset prices. So companies are often overpaying for the assets they buy.
A number of South African companies could end up in trouble thanks to these deals
Right now, there are a number of SA based companies that have stepped in this trap Buffett warns about.
Today Brait has impaired this value to ZERO.
The hasty acquisition at a premium price has clearly come to haunt Brait.
________________________________________
5 Shares Set to Rocket in 2018
Read this now, or miss out on the buying opportunities of 2018.
You could make a fortune with the 5 potentially explosive shares hand picked by our market expert.
And we'll give you all the exciting details in this FREE Red Hot Report.
________________________________________
So what’s the lesson you should learn from this?
To me there are a couple of take-aways investors should pay attention to:
1. Watch out for companies making over-enthusiastic offshore acquisitions
The South African market differs completely to that of the US, UK or Australia. Not many companies have made successful forays into these markets. Billions have been lost this way, and it is likely to remain the case into the future.
2. Just like companies should watch out for expensive acquisitions – so should you
These companies management made acquisitions at all costs – even though if things turned down, it could mean the end of the company or its investment. You should ensure you don’t do the same.
Watch out when you buy companies on PE’s of 100’s – for if even a single growth plan doesn’t pan out – they could easily drop 30%, 50% or even more in price. In early 2017 Curro traded on a PE of around 100 – and a share price of R50. And whilst it has grown revenue by 22% and earnings by 17% the share price is down 26% in the past year as investors realise they bought too high for the reality of the growth to come…
3. High debt levels will become an increasing problem
Instead of being patient and using their own capital companies have done too many acquisitions using high debt levels. As lending costs increase – or even just the rate of lending slows, these companies will get in trouble. Refinancing debt will become tougher in the coming two years (with increasing interest rates in the US). And so will the cost to service debt.
And, if a company is highly geared, it will have to sell assets to stay afloat. My advice is to steer clear of highly geared investments right now.
Lastly – be patient when you look for shares. Rather wait for the right share with a great buying price. You’ll always end up in a better position than when buying at a high price.
Just this week I shared FIVE small cap shares with my Red Hot Penny Shares readers, all on single digit PE ratios and with record high levels of sales or profit growth. These are the kind of investments you should consider right now!
Here’s to unleashing real value

A dangerous trend to watch out for on the JSE - and Warren Buffett's advice
Rate this article
Note: 5 of 1 vote