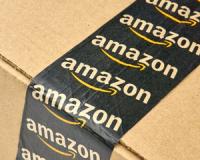 'But as a South African you might not have considered skipping across the water and putting some money to work by investing in its fast growing US eCommerce rival: Amazon.

This US retail behemoth is often overlooked in offshore portfolios, but, I believe, should be a vital inclusion for any investor beginning to explore the wonders of equity investment beyond our borders.

Key fact #1: Amazon has a far broader product footprint than you think


I don’t doubt you’ve already heard all about Amazon, you might have even already purchased products from them. It is one of the largest companies in the world after all. But, for each person the word Amazon probably conjures a different picture, depending how you’ve interacted with them.

Perhaps you think of Amazon as those guys that sell the Kindle tablets, and are now pretty much an electronic bookstore… Or you might think of Amazon as a market place, sort of like the American version of Bid-or-Buy or perhaps as a competitor to something like eBay.

And, while it’s true Amazon started as a small online bookstore, and is most certainly a competitor of eBay, it’s far more than that today…

Amazon has evolved from a market place like eBay to a full online retailer. In fact, it’s the biggest online retailer in the US. The sell everything from downloadable music (competing with Apple’s iStore) to garden clippers (competing with Walmart). But they also have Amazon Prime (which competes with Netflix) and the new Amazon Web Services or AWS (which competes with Microsoft and anyone else in the field of cloud computing). This cloud business is especially exciting and Amazon is now also the largest provider of cloud infrastructure services (IaaS) in the world.

And don’t forget, they’ve also been very successful in rolling out their own in-house brands on everything from USB cables to tablets. In the past, they were just a logistics company (an area of the business I haven’t even touched on, but is amazing in its own right), but now they’re starting to capture the entire value chain. It’s no wonder their margins are starting to improve!


The Amazon story is another unbelievable one. Founder and CEO Jeff Bezos is famous for saying “your margin is my opportunity”. From humble beginnings in a Seattle garage, Amazon has grown into a company with a R5.29 trillion market cap. To get here they’ve followed one simple strategy: Growth at all costs!

So, did Bezos rest on his laurels and take the $25 profit after growing? Absolutely not. He started selling fishing rods for $85. And then thought: How can I bring down prices further? There was no question online selling was already helping to reduce the brick and mortar costs of setting up stores, but eventually he just started to manufacture his own products as well. And as he drove costs lower and lower, the company gained more and more market share and scale. Amazon became more and more entrenched as the platform for online purchases.

Today, it would be near impossible to achieve the scale required to compete with Amazon. As a retail investor, you’re fortunate that even with the incredibly high barrier to entry for new firms, you can still participate in the fantastic prospects of this company by owning its Nasdaq listed shares!


Now when you hear a company focuses on growth at all costs, you might be concerned about when you get your share of the earnings. And yes, the earnings track record has been spotty at best. Value investors immediately shudder and point to the stupendously high PE of 298. And, you’re probably thinking: This is the kind of company that burns investors to cinders in a down turn. Don’t we all remember the DotCom bubble? Where is the margin of safety?

First let me assure you, your interests are being protected. Jeff Bezos has enough skin in the game to make sure Amazon returns value to shareholders… Maybe not through dividends but through capital growth.

Bezos owns 17.36% of the company, and a quick calculation to translate that to rand, and you’ll suddenly realise Jeff has close to R1 trillion (R920 billion to be exact) invested in Amazon. Yes, that’s a pretty significant bet on the future of the share price.


Key fact #4: The irrelevance of PE


Now I like the management to have “skin in the game” as much as the next investor, but when your skin is 17.36% of a $342 billion company, well, the numbers start to become irrelevant don’t they?

Not at all, let’s look a little bit more closely at the numbers and see why, in context, Amazon’s patchy earnings track record really doesn’t matter.

As I said, if we look back at earnings per share over the last five years this company doesn’t look great. In the first quarter of 2015 the company lost $0.12 per share, while for Q1 this year Amazon reported a $1.07 per share profit.

It doesn't matter if South Africa is destined for disaster!

Yes, the markets are up one day and down the next and the JSE‘s searching for direction. And the financial media is reporting on every bearish investment expert they can get their hands on!

But this is why you mustn't follow the crowd. Especially mainstream media, they thrive on delivering negative news.

Obviously there are some big challenges to overcome and the market may take a while to recover.

But I'm here to show you how to take these investment challenges head on!

But the earnings, while important to investors, are not where the value of Amazon’s stock comes from.

The excitement instead comes from its ability to steadily grow the top line. Amazon has grown its sales revenue at a compound annual growth rate (CAGR) of 25.26% over the last five years. Just look at the consistent increase it has managed to deliver.

There's an unusual way to escape the daily rat race and get wealthy on your own terms...
Here's how this secret could double, possibly triple, your money in just 6 months


Now, if you consider only around half of the S&P500 managed to grow their sales last year, you suddenly start to realise why Amazon is such a special company. At its current revenue growth rate, it’s the 20th fast growing company by sales in the S&P500. And it’s all the more unbelievable because, at R5.3 trillion, this company’s market capitalisation dwarfs the largest company on the JSE.

Can you even imagine what kind of profits Amazon would show if they slowed expansion briefly and focused on expanding margin!?


Key fact #5: Amazon is also a lot cheaper than you think


So now, if we agree sales are more important measure of Amazon’s valuation, we should look at a price-to-sales ratio rather than a price-to-earnings ratio when comparing it to its peers. That puts it on a price-to-sales ratio of about 3.2x. Now if we compare that to its closest competitors. It’s roughly in-line with eBay (3.18x) and three time times cheaper than both Alibaba (12.33x) and Tencent (12.10x). Tencent of course being the primary investment of South African market darling Naspers.

Suddenly this company doesn’t look expensive at all!


Finally, rather than going through the in’s and out’s of Amazon Web Services (AWS) I will leave you with the words of founder Jeff Bezos as he discusses them in the most recent letter to shareholders:

Both were planted as tiny seeds and both have grown organically without significant acquisitions into meaningful and large businesses, quickly. Superficially, the two could hardly be more different. One serves consumers and the other serves enterprises. One is famous for brown boxes and the other for APIs. Is it only a coincidence that two such dissimilar offerings grew so quickly under one roof? - Jeff Bezos, Letter to shareholders 2015

Editor’s Note: Taking your money offshore is a daunting process for the average investor. First you need to get your head around the remnants of South African exchange controls. Second you need to find a reliable partner offshore to hold and manage your funds. And finally you need to select the type of investment you’re going to pick up. If you’d like more help managing the process of offshore investing and building up your international wealth. Feel free to contact us on The Investors Club.
Tags: amazon stock, growth share, offshore stock, trade tip, buy amazon, south african investor, invest offshore, aws, investment case