Are we on the cusp of an AI explosion? 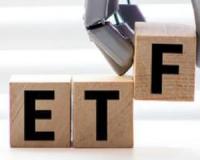 Last week, I mentioned Elon Musk's controversial claim that a falling population would result in a serious threat to humanity. I also briefly touched on my own controversial call on Tesla (TLSA). After the feedback from readers, I've decided to expand on Tesla and my current view on the beaten down tech stocks.

Firstly, it's important to know there has been a lot of buzz around Artificial Intelligence over the last few months. Part of this is thanks to the collapse in high-flying AI stocks as people shifted money into safer asset classes. This came in response to rising interest rates, war in the Ukraine, and supply chain disruptions thanks to Covid-19 related shutdowns in China. But, while stock prices have come down, I'd argue the innovation behind the scenes is really gathering pace.

Recently, Elon Musk postponed Tesla's AI day. He pushed it from mid-August until the end of September. The reason he gave was it was possible that Tesla's Optimus prototype could be ready for demonstration. If you don't know why this was an incredible statement, please read on....

An important message re cryptocurrencies from Josh Benton

Remember just because Bitcoin is down massively, it’s not out!  Right now presents some of the best opportunities to get into these specific crypto plays… And they do NOT include Bitcoin.

Optimus is Tesla’s humanoid robot prototype. Imagine the kind of robot you’ve seen a million times in science fiction movies. Human shaped and able to perform simple human type tasks like cleaning, moving objects or perhaps making hamburgers. A far cry from your little Roomba automaton.
If this is true, then this would make Tesla’s car division look small in comparison. But it’s a big IF...

However, he has been known for stretching the truth (a little) when forecasting products launches. After all, we’re still waiting for the cyber truck. That said, he also has a history of achieving things most have thought impossible. For what it's worth Musk has said that the Optimus project has been made a priority at the company. And, for all its faults, Tesla is still a multi-hundred-billion-dollar company and can focus incredible resources on solving problems.

I certainly don’t expect to see a robot in every home within a couple years, however, if he can produce something that is even half as good as he is claiming, we’re talking about a historic achievement. Robots such as Optimus have the potential to change the global economy in drastic ways. They would make many jobs obsolete. But they’ll also open up whole new industries. We’re talking about something in the same order of magnitude as the invention of the automobile or even flight.

If this was my only data point, I would be tempted to say it wasn’t that significant. However, we’ve had a slew of Artificial Intelligence developments over the last year. Just think of DALL-E, GPT-3 and major breakthroughs in augmented process development I’ve outlined in previous Money Morning articles. I suspect we’re on the verge of a massive AI breakthrough.

But you don’t need to take my word for it. The expectations of when we, as humans, will see true AI have fallen dramatically. In a survey conducted between March and May this year, the expected time taken to achieve true AI has fallen from about 20 years to just six years.

I’m not advising you to bet everything you have on this view. Certainly not. But I’d be very comfortable to allocate up to 10% of my equity portfolio to speculative tech stocks. This is especially true given how much these counters have fallen recently.

There are some intriguing businesses that are still over 75% off their highs but have seen almost no impact on their earnings, cash generation or product development schedules.

If we see a re-rating higher, or even a few of these companies achieve the wild success of a Microsoft, Google or Apple, the impact on your portfolio would be dramatic even with a small initial investment.

I’ve often shared my tech-based ideas with Money Morning subscribers but given the recent declines in the sector, and the incredible opportunity it presents for clients, we’re on the cusp of launching a fully managed and tracked tech-based portfolio. I’m particularly excited about its prospects.

If you’re interested in being added to the initial book build and getting in on the initial offering, you need to email the promo code TECH2022 to support@randswiss.com with your name and telephone number.

I’ll make sure you’re on the list when the initial prospectus is circulated.

All the best for the weekend ahead.

PS.  If you’re looking for some of the best speculative plays on the JSE, then look no further than Francois Joubert’s Five Stocks to Start your Million Rand Portfolio.

Every portfolio needs that one in a million stock play that has mega return potential and Francois thinks he may have just found it.  It’s a small innovative company selling for less than R2 and if everything plays out as he hopes, it has the potential to deliver triple digit gains to your portfolio…. upwards of 741% is on the cards.  You can get more details here.

Are we on the cusp of an AI explosion?
Rate this article
Note: 3.88 of 4 votes