Are you ready for Crypto Mass Adoption? 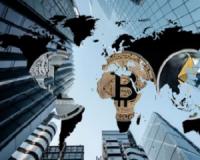 Just a few years ago, many thought that bitcoin and cryptocurrencies were only used for money laundering and wild speculation.

But that's not the case anymore.

We've seen investment institutions, banks, and even technology companies open up their businesses to cryptocurrencies.

This is a huge sign that crypto adoption is gaining steam. Source: Chainanalysis
The Global Crypto Adoption Index ranks 154 countries crypto adoption according to three metrics…
1. On-chain cryptocurrency value received, weighted by purchasing power parity (PPP) per capita.
2. On-chain retail value transferred, weighted by PPP per capita.
3. Peer-to-peer (P2P) exchange trade volume, weighted by PPP per capita and number of internet users.
It then takes the geometric mean of each country’s ranking in all three metrics and then normalises that final number on a scale of 0 to 1.
All you need to know is the total score stands at 24 at the end of Q2 2021.
This suggests global adoption has grown by over 2,300% since Q3 2019 and over 881% in the last year!
The law of accelerating returns… crypto adoption is speeding up where centralised currencies are failing
Countries that experience currency devaluation and high inflation have seen people turn to crypto to preserve their savings.
They also use crypto to send and receive remittances, and carry out business transactions.
Adoption in more developed countries over the last year has been powered largely by institutional investment and big tech companies accepting crypto transactions.
What’s interesting is these heavy hitters wouldn't be investing heavily in cryptocurrencies if they didn't think they'd play a significant part in their futures.
But there’s also a growing crypto adoption in Europe and North America dealing with sponsorship deals at major sporting outfits.
For example, a cryptocurrency firm just secured the naming rights for one of the most famous arenas in America...
Cryptocurrency exchange Crypto.com has secured a naming-rights deal for the Los Angeles arena currently known as the Staples Center. According to a report from the Financial Times, the deal will be worth about $700 million over the next 20 years.
AEG – the company that owns and operates the Staples Center – said it believes there is a future for crypto since there is a need for digital assets.
Crypto.com's CEO said that this naming-rights deal could be seen as the tipping point when cryptos crossed over into the mainstream.
And Crypto.com is even an on-ice sponsor for the National Hockey League's Montreal Canadians.
Another recent example is Crypto exchange FTX bought the naming rights for the American Airlines Arena, the professional basketball arena in Miami.
Going forward, don't expect the pace of crypto adoption to slow down...
It will only accelerate from here.
And this will continue to drive crypto prices higher. In fact, our resident crypto expert Sam Volkering has zoomed in on two cryptos in particular that he believes could generate 20X returns, you can discover them here.
See you next week.
Joshua Benton,
Managing Editor, The South African Investor
Tags: joshua benton, investing, crypto, cryptocurrency, bitcoin, ethereum,

Are you ready for Crypto Mass Adoption?
Rate this article
Note: 5 of 2 votes