Are you ready for the “Cryptocosm”? 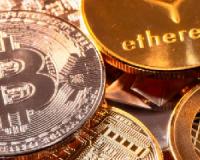 Around two decades ago, the biggest companies in the world by market cap were names like Exxon, Walmart and China National Petroleum.

Today, the top companies in the world by market cap are Apple, Amazon, Google and Microsoft.

But some believe in the next 10 years, there will be a similar turnover…

And a number of them will be companies that form part of the “Cryptocosm”.

Companies that are building a new internet!

Last week I told you Timon was on fire with three winning trades in the bag for Red Hot Storm Traders. Now, he’s just closed his fourth winner!

Red Hot Storm Traders who went all in on these four trades are now sitting on a 135% total gain in 33 days!
If you don’t want to miss out on the fifth potential winner. Go here now.

There’s the constant demand for new user names, passwords, PINs.  You need a notebook just to keep track of it all.

However, all these security measures don’t stop hackers and nefarious characters trying to steal your private data/information.

In 2021, nearly 300 million people were affected by data breaches.

Part of the problem is that internet security is centralised.

By centralising your security, you actually help hackers and spies. Because it tells them 1) what’s important and 2) where it can be found.

This is the fundamental vulnerability of all centralised security.

So how does one fix this?

How blockchain will solve internet security
Blockchain offers a fundamentally new security architecture for the internet.
“Security first” is the motto of the emerging cryptocosm.

Why is the blockchain far more secure than the existing internet?

Blockchain provides a fixed record of all transactions and information transmissions that have occurred — and distributes a compressed version of all the data to everyone in the network.

By using this model instead of a centralised one, we won’t have all information in one place — where it’s an easy target for hackers. Instead, one would have to attack all the records across the whole internet before you can change or steal anything.

Plus, a hacker would have to capture 51% of the entire network in order to defraud the network – which is essentially impossible.

Are you ready for the “Cryptocosm”?
Rate this article
Note: 5 of 1 vote