Are you ready for the next biggest tech revolution in our lifetime? 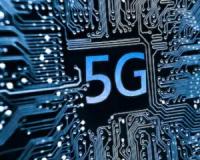 What do inventions like electricity, railroads, and the internet have in common?

They are all general-purpose technologies (GPT).

They can increase productivity and create new wealth.

But it can take time for a GPT to explode.

For example, electrical power became available in the late 1800s - but it wasn't until the 1920s that it became universal and helped spark an economic boom.

The same can be said about modern computer information technology.

It became available in the early 1970s. But it wasn't until the 1990s that it drove the internet and created another huge boom as we see today.

And those who invested early on in the GPT trends have made fortunes. Think Microsoft, Google, Amazon.

Right now we're at the cusp of another big technology-fuelled boom. One that could make investors life-changing gains.
________________________________________
Discover: 103% gains on the table for savvy investors, thanks to this 15 June announcement. Here’s why…
________________________________________
I’m talking about 5G wireless technology
According to tech analysis firm IHS Markit, by 2035, 5G will:
So what makes 5G such a revolutionary technology?
When new 5G wireless networks come online, bandwidth will be 100 times greater than your current wireless connection. Data will move from one end of the network to the other ten times faster.
That speed will make all kinds of new technologies possible.
Multiple smart devices, from cars to machines, will be able to communicate with each other. Movies will download in seconds.
New technologies like self-driving cars and an estimated 50 billion devices are expected to link up to 5G compared to the 6 billion that connect to the internet via 4G.
The 4G network simply isn’t powerful enough for the future Internet of things (IOTs).
5G will disrupt industries like health care, manufacturing and production.
For example, 5G can radically change health care by allowing physicians to collect and examine information from health trackers worn by patients. All that information on how a patient’s body functions at all times will be enormously valuable.
Virtual reality glasses will allow a doctor in one location to examine a patient who is hundreds of miles away in a remote location.
This is just a taste of the possibilities 5G will enable. And it’s already started its roll out.
Just consider how rapidly 5G subscriptions are forecast to grow in just the next five years… experts predict we’ll see a jump from four million subscriptions this year to 2.61 billion in 2025.
That’s a 60,425% growth rate!
________________________________________
Every time this event happened the price of Bitcoin soared more than 29 times!
It happened in 2012...It happened in 2016 ...
And it just happened again!
If you act fast, you could turn R1,000 into R25,000 in less than 12 months!
________________________________________
The opportunity for investors…
Older hardware — cellular towers, modems, etc. — are incompatible with these new 5G frequencies.
This means an entirely new infrastructure of 5G cell towers and more will have to be designed and built in a relatively short period of time.
We’re talking about hundreds of thousands of towers all over the world.
New technology and new components will have to be added to these towers, as well as other hardware operating on 5G frequencies.
Each of these changes represent incredible investment potential.
Here are a few examples of stocks to watch out for during the 5G revolution.
5G device makers – Apple, Xiaomi
5G chipmakers - Taiwan Semiconductors, Qualcomm, Skyworks, Qorvo, Intel
5G Carriers -  Verizon, T-Mobile, AT&T
5G infrastructure providers – Ericsson, Nokia, Huawei
5G is going to be huge. Make sure you follow me over the next few weeks as I reveal the myriad opportunities that await in the next phase of the wireless revolution.
See you next week.
Joshua Benton,
Managing Editor, Real Wealth
P.S. As I write I’m finishing up my latest research report on 5G…. I’ll be releasing a sneek peak in the next couple of days so watch this space.
Tags: joshua benton, 5g, investing, tech revolution, technology, 5g wireless technology, general-purpose technologies, gpt,

Are you ready for the next biggest tech revolution in our lifetime?
Rate this article
Note: 3.67 of 6 votes