Broker Picks of the Week! 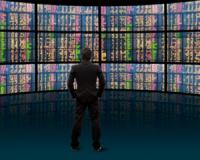 Singa Gungqisa, Portfolio Manager at Rand Swiss gives you an exclusive look into what he'd consider a buy this week and which shares you need to take out of your portfolio...


Aspen Pharmacare APN.J –The group is very busy setting up businesses and partnering with local firms in Asia pacific where the scope for growth is high in the nutrition segment.

Aspen has exited Australia due to export regulations into China which forced Australian pharmaceuticals to export less and increased price wars which had negated EBITDA margins. The divestment in Australia allows Aspen to focus on Asia as its frontier market.

Aspen now has four franchises, anaesthetics, anticoagulants, manufacturing and infant milk that account for more than 50% of revenues. There also appears to be a few more options to launch products in the US, which should be lucrative given pricing in the US is above that of its existing markets. This will not only boost market share in new territories and improve revenue growth earning a hard dollar currency.

Manufacturing synergies are key drivers in controlling cost now and in future.

Aspen has refinanced its US denominated debt with a new debt facilities being: EUR 2.25bn, ZAR 7bn, AUD 450m. This has gone a long way towards switching leverage risk away from expensive USD-denominated debt.

GlaxoSmithKline has completed the sale of its stake in APN which reduces the share overhang uncertainties. The acquisition of anaesthetics globally from GSK and Astra Zeneca deal seem to be under appreciated by the market, where the latter can potentially contribute a pretax profit of US$100 million.

The recent price weakness caused by big write offs in the Venezuela business and weak earnings from the Australian market has reduced the valuation premium on the stock and provides an excellent entry for a long position on a 12 month view.

It sources products in 44 countries and has more than 6,500 retail outlets servicing value conscious consumers.

Steinhoff is still on the acquisition trail with the recently added mattress business - this will create the world`s largest multi brand mattress retail distribution network and facilitates SNH`s entry into the US.

There has been concerns about the increases in debt levels but the company is only 22% geared and management stated they will be looking to increase gearing to 40%, meaning more deals to come.

I believe SNH will benefit from synergies to be created and improve on vertical integration efforts to control costs and increase efficiencies.  The recent share price weakness comes mainly after a slight miss on its Conforama numbers however it still reported a 33% revenue increase.

I think there is an opportunity to pick up this solid rand hedge on this recent weakness.

Post the “SunDreams” merger, LatAM contributes 33% to group revenues and EBITDA. From a future earnings growth point of view; this is where most of the potential ramp-up is likely to be found for the group.


The opening of Menlyn Casino (in Apr-17) is likely to be a near-term catalyst. We see scope for medium-to-long-term upside in SUI’s projects in the pipeline, which should be released when the planned capex starts to add value.

We have factored in these transactions and thus increase our price target to R130 per share. We still believe that SUI is a medium to long term growth story. SUI trades on a 12 months rolling forward PE of 12x


MTN – one of Africa`s largest telecom companys is back in the news, even though the current allegations of illegally repatriating about $14 billion from Nigeria seem hogwash, it still has poor regulatory track record and another fine from a different state cannot be ruled out.

Almost half of group revenue comes from the Nigerian economy which operates in tandem with oil prices. Short-term oil market fundamentals have not changed and so Nigerian operations may continue to underperform.

Locally all telecom companies are fighting for market share and that is placing a lot of pressure on EBITDA margins. Most recent is the downgrade of MTN debt to junk which increase the firms cost of capital.

This comes at the worse time for the company as it is looking to expand its revenue streams via acquisitions which will require a massive capital raise. This could mean  its dividend may soon be under pressure.


Massmart MSM.J – While the company`s results for the six month to June 2016 were broadly in line with market consensus. and food sales remain relatively resilient, the more discretionary categories continue to be pressured.

This is a result of consumers delaying purchases, trading down and reducing spend on durable goods. The challenges of rising inflation, unemployment and interest rates and high level of consumer debt means spending on white goods may be curtailed in the short to medium term.

The impact of a slowing economy has not fully played out to improve confidence in the stock also the current rating remains demanding with a forward P/E of 22.1x to December 2016. We believe one should be looking to short any short term rally on the stock.

Compagnie financiere Richemon CFR.J – It is no secret that 2016 has been a tough year for the Swiss watch industry, with companies issuing profit warnings that unambiguously predict no immediate end in sight for the slump and CFR is no exception.

Headquartered in Switzerland CFR owns several of the world's leading jewellery brands and overwhelmingly relies on jewellery and high-end watches.

Several factors have contributed to the decline in luxury watch sales:
We still think CFR is great business with fantastic global brands but we would prefer other rand hedge stocks at this stage and we are of the view that the current negative environment is unlikely to reverse in the short term.

Editor’s note:  You can get in touch with Singa at investorsclub.co.za and get real insider views like this from Rand Swiss with the South African Investor.

Broker Picks of the Week!
Rate this article
Note: 5 of 1 vote