Budgets, Two to buy and two to sell this week 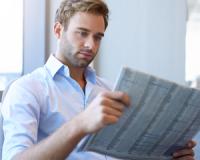 The Budget was delivered without too much fuss. Everyone knew there would be a “Gap” and the balancing act was to find a suitable filler. The new tax bracket was a bit of a surprise, but the hiking of the marginal tax rate was expected. Never the less bracket creep was significant so everybody shoulders the burden.

In SA, the market fell 1%; Gold shares were under pressure as the Rand held onto its gains and concerns about strategic leadership was called into question.

Global markets were weak; US Exchanges closed the week level, while European Exchanges and the UK were slightly softer.

Bidcorp and Shoprite, up 15,7% and 11,7% respectively, showed strong gains on the back of positive trading statements. Barclay's Africa has held up well in the face of continued bad publicity.

This pharmaceutical company is ready for take-off

It has been three years since Bidvest bought a stake in Adcock Ingram. Initially, the going was tough. At one stage management admitted to overpaying for the company.
However, hard work is paying off, results for the half year to end December, show a marked improvement; Headline Earnings per share were up 52% and the dividend was increased by 26%.
It often takes longer than expected for acquisitions to yield the expected results, but once they do, they also continue for longer than expected; Buy for the long term.

In my note at the end of January, we indicated that Shoprite was being undervalued in the proposed merger with Steinhoff, and called it a Buy.
The share price is up 12% in the last month, normally I would say take some profit. In this case, Shoprite produced excellent results last week.
Margins in the SA business were stronger than expected and growth from Africa is accelerating. Remains a Buy up to R200.

Results will be released this Thursday, Mpact has already advised that earnings will be more than 30% lower due to continued difficulties in various divisions.
The share price is likely to remain range bound until there is an improvement in trading conditions. Avoid till then.

Admittedly we called this a bit early, Mr. Price has recovered somewhat from lower levels; however, we remain concerned about the anemic growth in sales and reports of “at the margin” business moving to new, more fashionable competitors.
Sell until there is more detail on the corrective action for their business model and margins.  Alternatives:  Truworths, Massmart, Tiger Brands.
Yours
Guy Algeo
Director of Prodigy Asset Management
Guy@prodigyam.co.za

Budgets, Two to buy and two to sell this week
Rate this article
Note: 5 of 1 vote