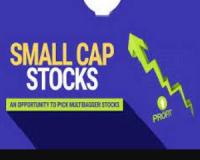 The bulk of the market is presenting a pretty picture right now.

As I've told investors over the past year - higher oil and rising interest rates would take their toll on the bull market. And it has.

The last time economists were this worried about the economy was during the 2008 financial crisis.

April inflation in the US was a whopping 8.3%, whilst in South Africa it was 5.9%. However, some economists expect South Africa could still see inflation speed up to double digits in coming months.

So what can you do about it? Where do you invest?

This has to be one of the hottest income portfolios right now… 15.89% return year on year for the last 12 years and almost 100% of the total return has come from dividend income! Read more about it here.

With inflation around 6% in South Africa and the repo rate at 4.75%, you’re losing money if you are in cash or a simple fixed interest investment.

But there are a handful of hot stocks on the JSE right now paying BIG dividends, AND still growing profits.

That means your money keeps its value and grows as it pays you dividends and when the company grows profits, its dividends will increase further, and their share prices will follow.

Inflation crusher #1 – Caxton Publishing
Caxton’s most recent results put the company’s interim profit at 66.5cps – that means annualised profits are around 133c, strong enough to put the stock on a PE ratio of only 7.33.

Perhaps more important – the company’s net asset value is R17.17 – compared to a 975c share price. Simply put – it trades at a nearly 50% discount to the value of its underlying assets.

At the same time, the company paid a 50cps dividend in 2021 – putting it on a 5.13% dividend yield. That’s already better than a typical interest rate you can get – but the upside potential in the stock is immense as it can unlock serious value for shareholders from its current asset base.

Inflation crusher #2 – Octodec
Octodec just announced an interim dividend of 50cps for the first six months of its financial year. If the past is anything to go by, it will at least repeat this dividend in the second half of the year as well.

With 100cps in dividends, the stock is on a dividend yield of 12.28% - that’s more than the rate of inflation and the repo rate combined.

At the same time the company improved rental income from R898 million to R944 million for the first half of the year, with distributable income for the half year coming in at 79.6cps. This puts the company on an annualised PE ratio of only 5.11.

Again, net asset value per share sits around R23.10 whilst the share price is at 814c, so you’re getting the stock at a massive 64.7% discount to its underlying value. Even with increasing interest rates – this property company is dirt cheap, and definitely able to pay its interest and dividends going forward.

Recently the ferrochrome price has soared, and the company is super profitable.

Headline earnings per share soared from 0.8cps to 67cps.

This puts Merafe at the top end of the JSE’s best dividend payers.

Even if it only matches this figure again this year – youré making an excellent return.

Some of these are really good companies, but not all of them.

PS. Income specialist over at Real Wealth, Josh Benton has a report detailing the Three best Dividend Stocks to buy right now. You can claim a free copy here.

Buy these stocks for inflation crushing dividends of up to 10%+ a year
Rate this article
Note: 4.09 of 16 votes