Cabinet reshuffle announced - Two to buy and one to sell 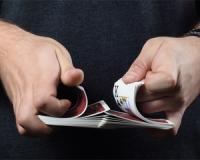 Admittedly, I expected more movement in the Rand once the cabinet reshuffle was announced. We have a saying that “the Market always knows” which seems to apply in this case.

When Mr. Nene was removed, the Rand fell 8,5% within the first few days and then extended those losses by another 10% a few weeks later. By comparison the Rand has loss only 7% so far, perhaps the Market knew that SA Inc. will not stand for such blatant defiance and that the build protests will be successful.

That said, news out yesterday afternoon is that S&P has cut our sovereign credit rating to junk, only deepens the hole that has been dug.

Banking stocks took the brunt of the selling; the Bank Index fell 11% with the big four all feeling the pressure. It was interesting to see Investec followed local Banks lower, despite its offshore earning base.

Higher Rand prices are great for these commodity stocks – Buy!

Commodity prices have been relatively firm this year and I have seen several investment banks calling commodity prices higher from here. Rand weakness will boost local profitability. Sibanye offers good upside following their acquisitions and Amplats, which is down 40% from highs of R500 three years ago, has moved down the cost curve and offers the best value in the Platinum sector.

Life Healthcare Rights Offer at R24.50 makes it a buy

Last week we called Life Healthcare a short at R32,50. It is now at R28,70, down 12%, (on an SSF trade you would be up approximately 118% on your margin!).
I was looking for R26,00 to cover, but place a stop loss at R29,00 to lock in the profits and look to go long at R26,00. The rights offer will be finalised next week, so there is still time for the stock to reach the target price. I expect the share price to recover to above R30 within the next 4 weeks.

One cautionary about rand hedges

It's too early to sell off Rand Hedge stocks that we have been buying recently. Richemont and Naspers from last week and other Rand Hedge exposure still have plenty of upside, so hold for now.
Rand Hedge stocks should drift up as valuations start to reflect the new exchange rate and the Rating downgrade weight on the currency.


One Stock to Sell

Reunert has been feeling margin pressure in Reutech and its cabling business. Although the strong balance sheet has supported a rally in the share price, headwinds in the form of constrained government spending, slow construction contracts and weak economic growth will cap further gains. Technically R73,00 is the top of the trading range, the shares could retrace to around R60. Sell.
Director of Prodigy Asset Management
Guy@prodigyam.co.za

P.S. Offshore Investments already up 9% - there’s still time to get in

Over the past four weeks we have advocated a review and increase in offshore investment allocations. Clients who moved funds offshore are already up 9%.  Contract us if you would like assistance in this regard.

Cabinet reshuffle announced - Two to buy and one to sell
Rate this article
Note: 5 of 1 vote