Can these renewable energy companies save Eskom? 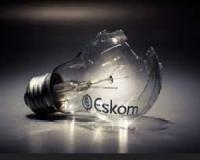 South Africa is making some progress toward adding new generation to its underpowered electricity grid.

The government recently signed a power purchase agreement with Scatec SA for 150 megawatts of capacity from private projects.

Scatec is an Oslo-based company that constructs solar and battery storage technology. Ultimately, this deal (and future renewable energy projects) will do a lot to help ease SA's electricity problems.

But Scatec is a private company, which means investors can't get a slice of the pie.

Mahube Infrastructure (JSE: MHB) is a renewable energy company that invests and owns stakes in solar and wind farms.

It has a 20-year power purchase agreement in place with Eskom, and the electricity price it receives from Eskom will escalate with inflation in the future.

It owns a 20% interest in the Noblesfontein Wind Farm, which produces around 73.8MW of electricity. The farm also has a government-guaranteed Power Purchase Agreement with Eskom that runs until June 2034.

In total, the company is invested in five renewable energy assets across Southern Africa.

Collectively, these assets have the potential to generate enough energy to power more than 350,000 South African homes.

Because of the way it invested in the projects, it receives interest as well as dividends. This provides the company with a double source of diversified income.

The interest is a ‘guaranteed’ stable income source.

The dividends aren’t as stable. However, they do have the potential to grow higher, which means even more income for Mahube.

Another benefit For Mahube is that they only invest in operational projects or near operational (6 months from commercial operation) projects.

That means the projects are nearly immediately income producing.

It also means the company doesn’t have to worry about the risk of
construction cost overruns, and projects being behind schedule.

In my latest Real Wealth report, I reveal three discounted income stocks that'll have you begging for more.

Investors are flocking to it seeking safety and high yields and that's why I love it.

The second pick, an energy company and a "whopper of a value stock," is trading at an absurd 8X earnings.

You can sleep soundly knowing that this retailer has been around since 1948 - meaning it has serious staying power. It also carries windfall potential thanks to its deep discount.

Third and finally, I reveal a data security and automation company that's operating below the radar for most investors but its potential is showing as much as 150% upside in the next 18 months.

It's only a matter of time before the herd is swarming it.

In Mahube’s recent yearly results, revenue increased by 76.6% to R79.9 million. While headline earnings per share surged to 118.9c comparison to 21.7c a year earlier.

What’s more, Mahube’s total dividends for the year grew 20%. As a result, the company sits on an inflation-beating yield of just over 10% right now.

Finally, it’s shares currently sit on around a 50% discount, so it’s offering up some real value today.

It’s definitely an “under-the-radar” stock that investor’s should keep an eye on.

Can these renewable energy companies save Eskom?
Rate this article
Note: 3.63 of 4 votes