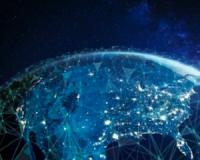 Last year Jack Ma, the Alibaba Founder, gave a speech where he uttered a couple of very minor criticisms of the Chinese economic system. At the time of the speech, he was one of the richest and most famous people in China.

Soon after the speech Ma pretty much disappeared, the Ant Group IPO was cancelled, and Alibaba began a decline that would see it lose about 1/3 of its value. As dramatic as this was, for China analysts, it was simply part of a longer running trend.

Over the last couple years, it has become apparent the Chinese Communist Party, the CCP, is looking to shut down any potential rivals to its authority. Not just Tech CEOs, but domestic rivals to Xi, Chinese movie stars, Hong Kong book sellers and political figures have “disappeared” or been arrested.

Even more troubling, the government has forced companies to change how they operate. Tencent, which is partially owned by Naspers, recently started implementing facial recognition. Officially this was done to limit underage gamers playing time, but it can obviously be used in more nefarious ways.

The most recent example is Didi, a ride sharing app that is effectively the Chinese Uber. The company listed in the US in June and was doing quite well. But that was before it ran afoul of the Chinese government.

It has since been forced out of app stores and is unable to add on new members. The reasons given were fears around privacy and spying. Several other foreign listed Chinese companies are also facing cybersecurity investigations.

Take crypto….
________________________________________
Bitcoin's Weakness = Your Opportunity
If you're just watching Bitcoin headlines, you probably think crypto's dead in the water.
But Sam Volkering’s Crypto Kings have crushed it - even when Bitcoin is taking it on the chin.
Get the details here.
________________________________________
Even Crypto hasn’t escaped the crackdown…
A non-centralised financial system that doesn’t answer to any government obviously doesn’t sit well with Chinese government.
Until recently roughly 65% of bitcoin mining was based in China.
The move by government to cut power to mining facilities, is one of the reasons behind the recent crypto crash. On the plus side, removing completion from China has meant that it's currently much cheaper to mine a bitcoin than it was a few weeks ago.
That should be a trend we see elsewhere. China’s self-sabotage of its tech sector means less competition in the sector. It removes the only serious competitor to the US tech hegemony.
Alibaba was facing off against Amazon, not just in China but globally. The same was true with Byte Dance and Facebook as well as Tencent and EA. If the Chinese companies are forced to focus more on what Beijing wants than on their competition, they will fall behind.
________________________________________
The truth is, you don't need to know a SINGLE THING about trading theory in order to make gains of 107%, 119%, 105% or 142% in less than a month from the financial markets...
So if you want to learn how to trade CFDs, stop reading now. This letter isn't about teaching you - I just want to make you money.
So sign up now before you miss out on the next big trade.
________________________________________
So how do you take advantage of China’s tech retreat?
To take advantage of the recent moves in China, we’ve created a US Tech Champions Basket.
Over the medium- to long-term, it should directly benefit from this trend in China. This mini portfolio gives you access to an internationally diversified basket of the most exciting US tech companies. All you need is an offshore stockbroking account and a minimum deposit of R250,000.
If you’re interested in finding out more, email support@randswiss.com with the subject line CHINA10 and one of our representatives will contact you to discuss just how easy it is to get started.
Kind Regards,
Viv Govender,
Senior Analyst, Rand Swiss
Tags: viv govender, investing, tech, china, us tech champions basket