Choppy waters ahead? - Two to buy and one to sell 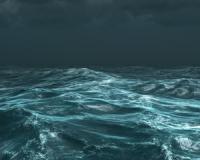 The news yesterday that several ministers have been recalled to SA has created some consternation; the Rand jolted back 3%. There is speculation of a cabinet reshuffle and/or further legal developments relating to the impasse between Treasury, Banks, and the Gupta's…...

The new Mining Charter is expected to be released this week. And the market is bracing itself for new challenges. This justifies a cautious stance.

On the international front, the UK is expected to give formal notice that it will be leaving the European Union, “invoking Article 50”. While, Scotland will decide if it wants another vote on Independence.

The market rally in US stocks which started in August 2016 and has set several records is experiencing its first significant signs of weakness, which will need to be monitored. The Dow has now had 8 consecutive negative days, down 3% this month. Confidence in Trump policies is again being questioned, further weakness is a high possibility.

This creates another threat to local markets. We did not experience the same rally and the degree to which negative international sentiment impacts our market will largely depend on the Rand.

Inflation figures released last week reflect a slightly better position and the Brent Oil price is encouraging. The SARB is now widely expected to keep interest rates unchanged at the next MPC meeting.

The Rand may be near the end of this extended rally. For offshore exposure, consider the DBX Tracker Funds; they can be purchased in SA through a normal Stockbroking account without the fuss of moving money through the Foreign Exchange Control process. Our current preference for exposure in the medium term is the UK market and the EU for the longer term.

Earnings from this luxury goods company have been under pressure for several years and the Rand has negated any progress made in hard currency. Improvements in global economic activity should filter through and sales in China appear to be firming again. This is manifesting in an improved earnings outlook and the Rand hedge qualities have always been attractive. Buy

Traders should have a look at the corporate action on Life Healthcare. The stock currently trades at R32,50 and a Rights Offer for new shares issued at R24,50 has been announced. Typically, the share price will trend towards the offer price over this period. In my experience these trades have a relatively low risk of moving against you, thus I like to trade a larger position.
Sell at R32,50 and cover below R26,00 – a result of over 100% on margin. And remember you can cover your short position by purchasing the Nil Paid letters.

All too often we see clients neglect their offshore investment decisions until there is panic in the currency. The Rand has strengthened to levels last seen in 2015 (before NeneGate).
We recently rebalanced our Global Portfolio. Contact us if you would like to discuss Offshore Investment options.
Director of Prodigy Asset Management
Guy@prodigyam.co.za

Choppy waters ahead? - Two to buy and one to sell
Rate this article
Note: 5 of 1 vote