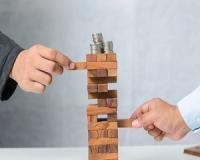 You may have never heard this before.

Or even have heard of the man who said it.

Never heard of him – well, he's the Vice-Chairman of Berkshire & Hathaway.

The interesting part is, much of Warren Buffett's and Berkshire's success was down to his partner, Charlie.

You see, Charlie was a king at finding mispriced stocks.

When Buffett and Munger eventually met, Buffett immediately knew that partnering with a proven fund manager and brilliant mind was the key to making Berkshire successful.

Through his advice to Buffett, he became an indispensable part of Berkshire helping to grow it into a $420 billion enterprise.

So how exactly do you find quality mispriced companies like Charlie did?

It’s not as hard as you may think. Let me explain…


Revealed: The wealth secret of Columbia Room 305….
Professional investors Walter Schloss, Irving Kahn and William J. Ruane all used it to make a fortune. I use it in every investment decision I make for over 30,000 subscribers.

How Munger earned $1 billion for Berkshire

Instead of a fair company at an excellent (low) price, Munger advocated investing in excellent companies at fair prices – in other words, a company that had a good balance sheet and grew profits consistently, but it’s price was relatively low compared to the quality of the stock available.

He believed that great businesses at a fair prices compounds investor wealth year after year.
Whereas, a fair business at a great price only offers the potential to compound investor returns when it reaches fair value – then it must be sold.

The 1972 purchase of See’s Candies was the first such case — a great company that his partner Warren Buffett, at first, believed was overpriced.

Eventually Buffett took Munger’s advice and agreed to purchase See’s Candies for $25 million and the rest is history.

This investment has earned more than $1 billion for Berkshire since….

Buying businesses below their fair value requires you to have an idea of what fair value is.

Having a true estimate of the real value gives an investor a sizeable edge.

Benjamin Graham was the ultimate investor when it came to finding real value in mispriced stocks.

He developed a value investing concept that helped pioneer the careers of some of the world greatest investors like Warren Buffett and Charlie Munger.

This is the strategy they have used over and over at Berkshire and there’s no denying it, it works.

And the truth is, it’s no great secret.

You see, this mispricing in the valuation of a company is what’s most commonly referred to as the margin of safety.

To calculate it, is simple. It’s the difference between the real value of the stock and the price at which the stock is trading.
A company that trades close to or above its real value offers almost no margin of safety.

In fact, this concept is crucial for my Real Wealth strategy.

In 2016, I recommended my Real Wealth readers to buy Nu-World which was trading with 47% safety margin built in.
In a year, the company soared 80% but has slightly lost gains and stands at 60%. But it has great potential to rise again.

P.S.  My research has just uncovered the stock market’s latest mispriced gamble and there’s at least 75% growth in the next 18 months if you act fast. I’ll be sending this to my readers on the 14th of July. If you want to be part of this exclusive group to receive this quality stock selling for a bargain price then go here now.
Tags: margin of safety, warren buffet, real wealth, joshusa benton, real wealth strategy, safety margin, investing, investing strategy

Do you really want to know what successful investing is…It's no more than a “mispriced gamble”
Rate this article
Note: 3.38 of 4 votes