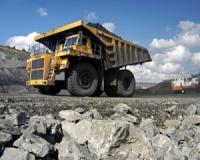 Eskom said earlier this month at its State of the System update it got National Treasury approval to embark on a major coal procurement. All in all Eskom needs to lock in about 85% of its primary energy requirements, which is in excess of 100 million tons of coal per year.

At the same time, the price of export coal has soared.

In short, this situation is a massive positive for coal miners.

What if Eskom is the catalyst that causes a revolution in the South African renewable energy industry?
What if a select group of alternative energy companies DO go on to replace the traditional source of electricity?
Now we’re at the rub of it.
Because everywhere you look, the mainstream media are looking at the Eskom crisis through the smallest of lenses…
Eskom faces new coal supply crisis: report - Businesstech
Inside the ‘coal supply emergency’ at Eskom - Moneyweb
Eskom suspends power station managers while coal figures ‘don’t add up’ - Citizen
And all this doom-mongering will lead to one thing...
Let me show you what to do – immediately.
________________________________________
A company that’s too small to be on the radar of these big corporations for now…
Wescoal is an upcoming coal miner listed on the JSE.
In 2016 Wescoal (JSE:WSL) sold a total of 1.7 million tons of coal.
In 2017, the company hit total mine production of 3.3 million tons of coal.
By end of 2018/2019, I expect production to hit the 8 million ton mark.
That is more than FOURFOLD growth in coal production since 2016!
And thanks to Eskom’s shortage of coal, I expect the company will have no trouble at all selling all of this coal, at a very attractive price…
Eskom needs COAL – And Wescoal has it!
As I write, Eskom is experiencing coal shortages at seven power stations in Mpumalanga.
One of these power stations, Kriel, is around 40km’s from Wescoal’s Vanggatfontein (and its future mine, Moabsvelden) coal mine…
Wescoal’s other major mine, Elandspruit, is within 50km from the Arnot, Hendrina and Komati power stations.
In short, Wescoal could supply at least four of Eskom’s troubled power stations with coal.
Soaring coal prices helped Wescoal grow profits by as much as 300%
Wescoal’s big increase in coal production, coupled with a rising coal price is a recipe for success.

As you can see, the coal price in dollar terms has soared from $71/ton in May 2017 to its current $90.
Since March 2018, thanks to the weaker rand, the rand price of coal is up around 10% as well.
That’s given rise to Wescoal’s latest announcement on 22 May 2018:
Shareholders are advised that Wescoal is in the process of finalising its results for the year ended 31 March 2018. The company expects, with reasonable certainty, that Headline Earnings Per Share (HEPS) and Earnings Per Share (EPS) are to vary by the amounts set out below:

Yes, that’s right… Wescoal grew profits by 300% for the past year!
Based on its share price, of 190c, the share is on a PE of nothing more than 4.2.
In comparison, Exxaro is on a PE of 23.6. If Wescoal traded on a PE of 20 – its share price would be 910c, 378% upside on its current share price!
________________________________________
REVEALED: The multiple payday secret
What if you could add two, three or four extra paydays to your diary every month?
And what if you could do it with just a few clicks of your mouse?
That’s exactly what this secret approach to the markets lets you do.
We call it the ‘multiple payday secret’ and today you can discover how it works and put it to the test without risking a single cent.
Just see how it works, get comfortable, and then make a call as to whether it’s right for you.
Click here now to get the full details.
________________________________________
Further growth on the cards for Wescoal
Wescoal owns a right to the Moabsvelden project, adjacent to its Vanggatfontein mine.
The Moabsvelden project contains a whopping 47,8 million tons coal resource. It has the potential to be developed into a 1.5 to 2 Mt/year operation.
Wescoal has all the permits in place, and the coal produced from the mine could be processed by infrastructure already in place at Vanggatfontein.
That means the opportunity exists to develop the mine at a very low cost and produce a load more profitable coal.
Simply put, this company’s shares are definitely the most attractive in the entire mining sector right now… And Eskom can only give it a further boost!
Here’s to unleashing real value

Francois Joubert
Red Hot Penny Shares
P.S: This is your last chance to get in on my exclusive Penny Stock Energy Eruptor report  - Offer closes at midnight tonight. I urge you to download your free copy today.

Eskom's coal drive boosts miners - this one is set to benefit most
Rate this article
Note: 3.83 of 3 votes