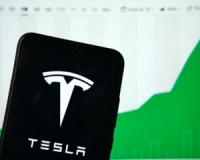 Tesla is the most valuable car company in the world. And the race isn't even close. It's worth more than the next two biggest car companies combined. Yet it sells less vehicles than either of them. Again, the race isn't even close. VW and Toyota sell more than 9 million vehicles per year, each. Meanwhile Tesla has sold less than 2 million vehicles, ever.

So, is Tesla's just too expensive?

Is this simply an illogical bubble that will inevitably pop?

Maybe not.
You can find the full Article here:
Tags: viv govender,

Everyone says Tesla stock is too expensive… here's why it's a bargain
Rate this article
Note: 4.7 of 5 votes